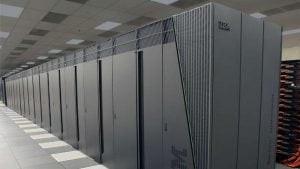 IBM first launched its Master the Mainframe competition back in 2005. Since then it has rebranded its mainframe division, launched several new models, slashed the price and seen a significant increase in customer purchases. Despite many seeing the mainframe as a dying form of computing, IBM has managed to reinvent it again and again. Its importance to IBM cannot be understated. The mainframe is profitable and once you factor in the hardware, software and even cloud services that sit around and on it, estimates suggest that it contributes over 25% of IBM’s profits.

But why care about IBM’s Master the Mainframe competition?

Simply put, the statistics from those entering tell a more progressive and uplifting story that belies the usual narrative of a supposedly dying technology or platform:

Certainly, the above suggests that the mainframe is still part of the infrastructure remit worth considering.  The fact that almost 20% of contestants were under 18 should give many a pause for thought.

Moreover, there is a desire to see more women and girls engaged in the software industry. As such, the percentage of female contestants should be viewed as a positive reflection on the fact that the mainframe is no bar to their skillset. The number is reflective of their representation in the overall software development and engineering field…better in fact than some surveys depict.

The mainframe’s continued evolution and deployment as well along with the fact that it remains a core system within many organisations brings opportunities and jobs.

Glassdoor (www.glassdoor.com) lists over 6,100 jobs for mainframe related skills in the United States. Indeed (www.indeed.com) puts the number of jobs posted over a 15 days period at over 2,000. IBM has predicted that by 2020, given the current growth curve of its IBM Z division, there will be more than 37,000 new mainframe administration positions.

Some of these jobs are on the traditional mainframe technologies such as COBOL, CICS, IMS, JCL and DB2. These are technologies that are still in use and being developed by IBM and some of its partners.

However, there are even more jobs available using the new technologies that IBM has delivered. Linux now represents 50% of the operating systems shipped by IBM Z. The programming languages Java, Go and Swift also run on the platform along with tools such as Puppet and Docker. IBM has ported a lot of open source software to the platform. The company also has a large partner ecosystem with vendors such as Red Hat, SUSE, Ubuntu porting their Linux variants to the platform.

The availability of jobs, often in large organisations who pay well is an attractive proposition to many. More importantly, by supporting open source software and modern computer languages, IBM is appealing to those who want skills that promise a long-term future.

This perhaps underpins why the 2018 Master the Mainframe competition attracted 16,906 participants. Importantly, many high school and college students put in applications to take part. With 19% under 18 years of age, the average age of all participants was just 22 years old. This number includes some students who were just 13 years of age when they applied.

A fair test for all: What participants have to do

The competition takes place in three phases. Each phase sees a reduction in those competing.

Part 1: This is geared toward those who have never touched a mainframe. They are taught the basic “green screen” connection and navigation, general Interactive System Productivity Facility (ISPF) functions and basic JCL to create and manipulate data sets and members within those data sets. There is no prior experience necessary.

Part 2: There are up to 15 different challenges each year. These are not just set up by IBM. Partners and customers can make suggestions. They include anything from new programming languages, Resource Access Control Facility (RACF) security, database administration and advanced functions within ISPF.

Part 3: Students are asked to show their ability to solve problems related to real-world situations. They are given the problem, provided with data and expected to build a system. There are no limitations on what they can do in this phase. Many of the regional and ultimate final winners went beyond the brief and introduced new functionality (see below).

According to IBM, the part 3 challenge for Master the Mainframe saw the following:

“We had all contestants create their own application that dealt with flour, oil, and sugar with over 600 different companies worth of data that needed to be sorted and tracked. To accomplish this, the students were given two flat files of data that needed to be translated into DB2 tables. The first table dealt with several hundred records of customer data; while the second consisted of product data.

“Each contestant was given the basic business login written in COBOL to create their applications; which included a basic welcome screen, a products lookup routine, and client record lookup routine and a stop function to quit the application. The only requirement for a student to finish their programs was to build on the base logic and have their program function without error.

The list of programming languages used, showcases a strong mix of traditional established languages that many organisations would look to continue to employ. But it also highlights a potential future need for the challenge to reflect the growing mix of new programming technologies and use case scenarios that mainframe deployments increasingly face. After all, IBM and the ecosystem of mainframe tooling partners have done much to expand the programming possibilities.

Drum roll for the regional and final winners

Sebastian Wind (Age 26: Europe 1st Place and top three global winner): He set himself apart distinctly in that he bought and set up his own mainframe in his house. He could set up WebSphere as part of his z/OS set up. While he did only complete the minimum requirements for this challenge, he was able to get his mainframe to communicate with the contest system mainframe and created his application utilizing his WebSphere set up.

Trung Chu (Age 29: APAC 1st Place): Trung created the ability for his application to place a client order and to look up a client order. No other student added this ability into the project.

Salisu Ali (Age 21: MEA 1st Place): Salisu was the only student to add an authentication process to his application. This process let a new user sign up for an account and set their own username and password. This showed that Salisu understands the power of security and how to implement it in an existing application. In addition, he added the ability to place a client order, manage order status and delete an existing order.

Prince Dey (Age 23: South Asia 1st Place): Prince added many new functionalities to the base code. He said he would have liked to add more, but he needed to spend time on his school work. He only added the ability to place a client order and display all order details, but he was awarded first place because all of his functions worked.

The full set of winners, what they did and the details about the competion is available on the IBM website here.

A bright future for the mainframe

All of this points to a bright future for the mainframe. Increased product sales mean more jobs. The adoption of up to date software and technologies means that there is always a pool of potential workers. The success of this contest shows that many in that pool want to bring their skills to the platform.

Employers will be encouraged by this. They have faced constant pressure to see the mainframe as yesterday’s technology despite the fact that it is better positioned than other platforms for key roles in large enterprises as they progress in the digital economy.