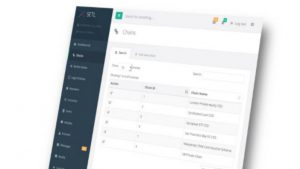 Citi and Credit Agricole, join Computershare, S2iEM and Deloitte as shareholders in the company. Additionally, Computershare has increased its investment with Stuart Irving, Group CEO of Computershare, joining the board.

SETL’s Chairman, Sir David Walker, said: “I am delighted to welcome Mr Irving to the board and to thank our existing directors for their guidance and counsel over the past two years. Stuart Irving bring (sic) a wealth of experience in the financial, regulatory, IT and public company spheres. His contribution to the board process will be of significant benefit to the executive team and shareholders and stakeholders alike. With the encouragement of shareholders and the revenue generating projects we have recently announced we are adding significantly to the strength to the company. At this stage in the company’s development it is important to choose the right projects and to deliver a dependably resilient product to the market.”

SETL was launched in July 2015 to deploy a multi-asset, multi-currency institutional payment and settlements infrastructure based on blockchain technology. The SETL system enables market participants to:

Stuart Irving noted that Computershare, the share registrar, is convinced that the future of building systems that record ownership depends on them having provability at their core. To him this feature (of the SETL offering) is a significant competitive differentiator.

Peter Randall, CEO of SETL, added: “We are pleased to announce that we have extended our shareholder register with both new and existing partners and have agreed the scope of a number of revenue generating projects. We are unique in having both a financial grade product and a proven deployment route. SETL has successfully deployed multiple environments capable of processing in excess of 80,000 transactions per second across real world, globally distributed networks with over 100 million concurrent accounts.”

The OpenCSD platform focuses on real-time blockchain settlement. Assets recorded on one ledger can transferr to another- subject to the permissions of the ledger operators. This allows the maintenance of co-operative but private configurations – such as a sub-registry held by a custodian against a nominee holding at a CSD. SETL has five principle components:

As a result of its technological ability SETL continues to receive additional indications of interest in the OpenCSD product. Meanwhile SETL is developing market infrastructures like IZNES, which now has over 20 major European fund managers and is likely to become the largest global blockchain by both value and volume as more managers migrate to it.

Financial institutions are desperate not to fall behind the apparent blockchain behemoth. There is a race to deliver something practical for the finance sector.

As such the new investments, by Citi and Credit Agricole, should not in themselves surprise, though they do add to SETL’s credibility. SETL’s exploitation of permissioned blockchain technology makes sense, preserving the ‘banking purview’ of how blockchain should enhance what exists (banking’s highly regulated, quasi-monopoly) rather than break the traditional banking mould.