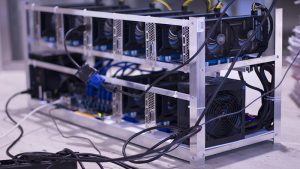 AdGuard has called out websites for putting, it claims, over 1 billion users at risk of cryptojacking. This is where code is placed on the device of visitors to the site which is then used to mine cryptocurrencies. According to AdGuard, the number of sites serving up dodgy code is on the increase. This is at odds with security vendors such as Check Point. Their November malware report saw cryptojacking code crash out of the top ten problems.

It appears that it is not just endpoint security software that is unable to protect users. AdGuard has discovered that its own software, and that from other ad blocking companies, is being bypassed by cybercriminals. It has discovered a project called CoinHive Stratum Proxy that provides a method for bypassing ad blocking.

The company reports that there are around 2,500 downloads of this code per day. This is likely to be for more than just cryptojacking. Downloads are also likely to be used by other cybercriminals for malvertising. It is also entirely possible that some websites are using the code to boost the number of ads that they serve. With many advertisers paying per impression of an ad, there is a lot of interest in improving ad serving.

To deal with this threat, AdGuard has improved the security rules in its software. It now claims it can detect cryptojacking even if the site tries to hide it. Users are presented with a warning (see below). They can then stop the malware from running.

The downside is that this only works with some browsers. It cannot be used with Firefox. AdGuard also says that limitations in iOS prevent it from protecting iPhones and iPads.

To get the most out of their code, cybercriminals need to capture lots of machines. AdGuard has discovered cryptojacking code on four sites with a collective 992 million visits per month. It believes that this would allow those sites to earn over $326,000 per month if they were mining Monero.

The four sites named are:

Users need to pay increasing amounts of care as to the sites they visit. Keeping their ad blocking and endpoint security software up to date is critical. But this goes beyond just a few sites. The use of media players means that the cybercriminals can reach out long after the user has disconnected from the first point of contact.

AdGuard suggests that the ultimate solution lies with the browser owners rather than the users. It says that Chrome developers are looking at a solution but so far nothing from the likes of Microsoft, Apple, Firefox or others. Meanwhile, as the surge in demand for cryptocurrencies grows the problem will only continue to get worse.