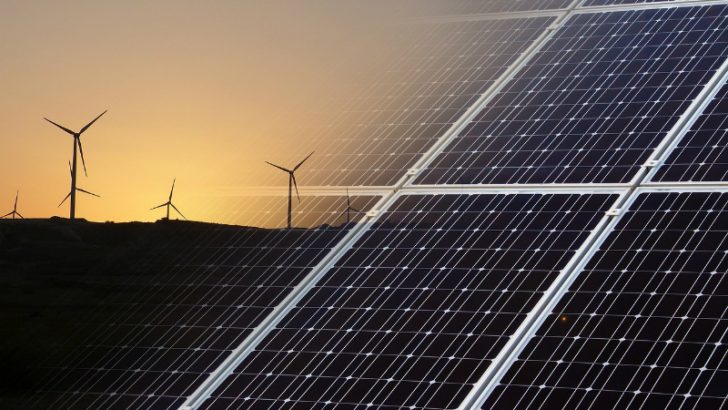 Serendipity opened unexpected doors for Reactive Technologies when it began a pilot project with the UK’s National Grid. The pilot’s objective was to use the electricity network for data transmission. It was not to open a wholly new business opportunity by addressing a quite different, known problem. Yet this is what occurred.

Reactive Technologies (Reactive) is now rolling out a cloud-based service for grid operators to understand the inertia in their grids. It happened because Reactive discovered a variable aspect of grid operation that most had presumed to be un-measurable – grid inertia.

For decades electricity network and the data communications industry have eyed electricity transmission wires with envy. Logically they should provide a ready-built highway for delivering information. Unfortunately, multiple hurdles exist. These include an electrically noisy environment, changes in voltages and delivery (AC to DC and vice versa), and more. The result was, over those decades, consistent frustration.

In parallel there is the search for greater energy sustainability. Solar and wind electricity generation are foremost these days. With these have come concepts like recharging car batteries, as just one example to create energy sinks, in effect mass storage batteries. When electricity production is high and consumption low, the cars recharge. Such ideas are becoming more realistic as, for example, the volume of electric car sales increases and more and more mainstream car manufacturers announce their switch to electric models.

This matters more and more in the context of sustainable electricity generation – especially from wind and solar. Surpluses occur when the wind blows and sun shines; deficits happen when the wind stops or day turns into night.

The data communications issue that Reactive Technologies and the National Grid set out to pilot was whether it was possible to send a signal safely and securely over the National Grid’s electrical supply network to a super-dumb device like a domestic water boiler. Could a remote signal over the grid reliably turn a humble water boiler on or off.?

If it could, the National Grid might have the option to divert surplus electricity into heating water, which could then be used by the consumer when he or she needed a shower or bath or to wash up. In essence, the heating and the usage are asynchronous: they do not have to be concurrent.

To cut a long story short, by clever use of low bit-rate signalling incorporated into the core electricity system 50Mhz ‘signal’, the pilot demonstrated that turning on and off a remote water boiler over the electricity grid was feasible. They demonstrated this after Reactive Technologies installed a number of small receiver/re-transmission boxes across the National Grid network. At selected domestic boilers they installed inexpensive (if in mass production) receivers which could decode simple instructions sent within the 50Mhz ‘signal’. These instructions almost instantly could turn on, or off, the water heating. By achieving this, the National Grid and Reactive satisfied the objective of the pilot and achieved a world first in the process.

When, however, Reactive analysed the data generated from this pilot its people noted something interesting. In electrical grids there is something called ‘grid inertia’.

“Traditionally, power system operation is based on the assumption that electricity generation, in the form of thermal power plants, reliably supplied with fossil or nuclear fuels, or hydro plants, is fully dispatchable, i.e. controllable, and involves rotating synchronous generators. Via their stored kinetic energy they add rotational inertia, an important property of frequency dynamics and stability. The contribution of inertia is an inherent and crucial feature of rotating synchronous generators. Due to electro-mechanical coupling, a generator’s rotating mass provides kinetic energy to the grid (or absorbs it from the grid) in case of a frequency deviation… The kinetic energy provided is proportional to the rate of change of frequency… The grid frequency … is directly coupled to the rotational speed of a synchronous generator and thus to the active power balance. Rotational inertia …renders frequency dynamics more benign, i.e slower, and thus increases the available response time for a grid operator to react to fault events such as line losses, power plant outages or large-scale set-point changes of either generation or load units.”

Most grid operators, including the National Grid, had assumed grid inertia was a constant across their networks. One reason for this was they possessed no way to measure or monitor otherwise.

The importance of grid inertia

Yet the importance of grid inertia is rising just as its existence wanes. Wind and solar electricity generation are replacing traditional rotating-mass turbine generation. As power stations – whether coal, oil, gas or nuclear – switch off, so grid inertia reduces.

But grid inertia matters. “Maintaining the grid frequency within an acceptable range is a necessary requirement for the stable operation of power systems. Frequency stability and in turn also stable operation both depend on the active power balance, meaning that the total power feed-in minus the total load consumption (including system losses) is kept close to zero. In normal operation small variations of this balance occur spontaneously. Deviations from its nominal value …, e.g. 50 Hz or 60 Hz depending on region, should be kept small, as damaging vibrations in synchronous machines and load shedding occur for larger deviations. This can influence the whole power system, in the worst case ending in fault cascades and black-outs.”

Those receiver/re-transmitters which Reactive had installed to propagate the data instructions across the network to turn the water boilers on and off, revealed unexpected variations in grid inertia. By measuring the grid in high precision with timing accuracy and across the full frequency range, the data showed new measurable differences. Furthermore, these differences ran the risk of having ever more serious implications in modern electricity transmission networks where sustainable energy generation supplanted traditional generation. After all, it is the latter’s inherent grid inertia which ‘creates’ the time window to take action if, for example, a power station drops off-line.

In effect, in the past, it had been reasonable to take grid inertia for granted. It came as a property of traditional large-scale power generation. Plus there was nothing which could measure any differences, which were not known to exist. After the water boiler pilot this was no longer the case.

When shown the data the National Grid was, to start with, uncertain. It had not seen such directly measured data before, for the simple reason it – and other grid operators – had never possessed the tools to measure grid inertia or its variations.

But, being forward thinking, its people took away Reactive’s new pilot data. They used this to compare to the National Grid’s own data. After detailed comparisons and investigation, its conclusion was to confirm to Reactive that the latter’s interpretation was valid – and potentially extremely useful. To have such data matters when managing a grid increasingly fed by sustainable energy generation (and, thereby, lacking the grid inertia imparted by traditional large turbines and their like).

From this Reactive has created its GridMetrix tool. Reactive describes GridMetrix as a: “measurement and data visualisation tool that allows grid operators to manage the transition to a more intermittent, greener energy mix. The tool uses ultra-fast communications technology to accurately measure grid inertia for the first time, giving grid operators full visibility into the workings of their system, improving grid stability, and maintaining security of supply in an increasingly volatile energy environment. This will also allow (grid operators) to react faster and more precisely to imbalance(s) than ever before. [As such] GridMetrix gives unique real-time data insight, enabling system operators to make more efficient and cost-effective infrastructure investment and reserve services procurement decisions.”

Reactive, now emerging from stealth mode, offers GridMetrix as a cloud service. On behalf of a grid operator, Reactive will install receiver/re-transmitters across a grid. These create the data points which enable the measurement of grid inertia. The data points ‘feed the Reactive cloud’.

The subscribing grid operator then has constant access to the grid inertia information to gain insight into how to manage quality of electrical supply over its grid. This occurs even as the electricity generation mix changes. Grid operators can now act in advance rather than have to react after a problem has occurred.

The creation of this tool to improve or maintain the electricity supply offers two different insights:

In the latter case the operational goal for grid operators is to deliver a cleaner and greener electrical supply in the future which is at least as robust and as good quality as in the past. This is what customers contract for.

However, the evolution to sustainable electricity generation methods is introducing unexpected changes – for example in grid inertia. Without grid inertia grid operators possess less time to react to maintain the electricity supply quality. Being able to measure real-time changes in grid inertia offers grid operators understanding. With understanding they can act, to maintain the quality of supply, safely integrate more renewable generation and more cost-effectively manage their grids.

The technological background to GridMetrx is fascinating. But, long term, more important is that the transition to sustainable energy production need not present a threat to grid operators and their customers. Put another way, the simple transmission of data for switching on or off domestic water boilers has established new, previously unseen, insights and data by which grid operators can manage the reliable provision of electricity generated from intermittent non-traditional renewable sources.

A conversation with the veteran founders of Fluence Technologies

A conversation with Epicor