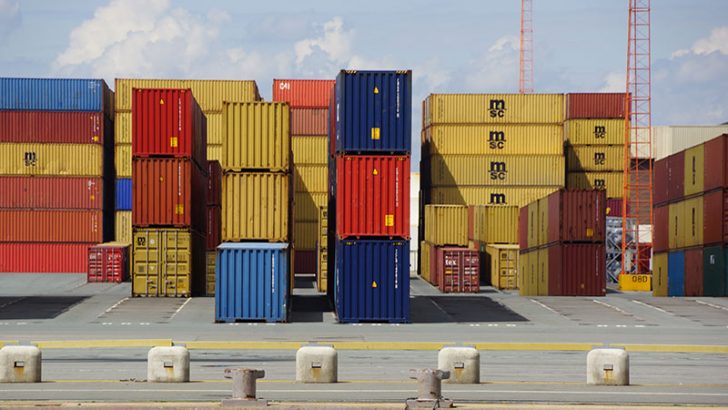 At DockerCon17, IBM has announced it will deploy Docker Enterprise Edition across all its Linux-based systems. This will include Linux on IBM z Systems, LinuxONE and Power Systems. It’s a smart move by IBM and will enable it to deliver on its goal of moving the app to the data rather than the data to the app.

According to Mike Desens, Vice President of Offering Management for z Systems and LinuxONE: “Organizations need ways to speed development for core applications without sacrificing reliability, performance and security. Companies can now take advantage of the capabilities of z Systems, LinuxONE and Power Systems while benefiting from the flexibility of Docker Enterprise Edition to quickly create, test and run applications.”

What does Docker Enterprise Edition enable for IBM?

The answer is quite a bit. Move the application to the data is an approach IBM adopted two years ago. It was intended to protect their z Systems platform sales. It has, by and large, been successful. IBM has increased the sales of its z Systems mainframes and seen an increase in its use for advanced analytics and data encryption. It also recently separated the core machine learning technology from IBM Watson and ported that to z Systems.

IBM has also been lauding the capability of its z Systems and LinuxONE boxes as dense Linux VM platforms. According to a statement from UK analyst firm Creative Intellect Consulting: “IBM has been talking about running over 8,000 Linux VMs on z Systems since the introduction of the z12. The numbers give it an advantage over x86 based Linux platforms when you get over 4,000 VMs. This takes into account the cost of data centre space, staff with Linux experience, power and cooling. A container-based approach will increase that density significantly and for some customers, deliver a large cost saving.”

In the press release, IBM is already claiming that its LinuxONE and current z Systems boxes will be able to support up to 1 million Docker EE containers on a single system. That is a massive increase in density and is a number that will be questioned until IBM provides some evidence. It implies that the amount of space used for Linux inside a VM is far larger than many realise.

A boost for Power System users

Customers using Linux on Power Systems will also gain substantially. Not only will this mean they can increase their utilisation of hardware but it will increase the integration of Power Systems inside their data centres. They will be able to move applications from x86 to Power-based servers to gain access to GPU acceleration.

With POWER9 due to launch in Q3 and IBM promising more acceleration technology, this is a smart move. IBM will hope to persuade customers that they can reduce costs and improve performance by using containers to move apps from x86 boxes. At this point, however, there are no indications as to what level of saving and performance improvement they can expect. IBM is likely to save that announcement for the POWER9 launch.

Who is IBM aiming this at?

This is not just about enterprise customers who have bought into or who are considering z Systems or LinuxONE. It is also aimed at anyone considering the two platforms for cloud. There are already more than 20 cloud providers who have purchased z Systems and LinuxONE boxes. IBM wants to increase that number and a highly dense, container-based platform could do that. Part of the IBM pitch will also be the hardware encryption built into the underlying platform.

One of the starting points however, will be getting its own cloud provider, SoftLayer, to start offering LinuxONE or z Systems cloud. It took time to get SoftLayer to adopt Power Systems because it had to wait for OpenPOWER partner, Supermicro to launch their POWER8-based servers. When IBM updated LinuxONE back in January 2016 Enterprise Times asked when we would see LinuxONE inside SoftLayer. Since then, there has been no news at all.

One thing IBM will now need to do is start delivering its own apps inside containers. It has the perfect opportunity now to move away from its traditional software distribution model to a container approach. By creating master containers of its own applications it can deliver the best tuned performance and fully patched versions to customers.

It will also accelerate the move towards a subscription based model for all its software. Customers will be able to subscribe to a service that ensures the master version of the container is always available. When they then deploy that app downstream, the life of the container can be monitored.

This will open up a new way of pricing apps. Cloud is currently priced on hardware utilisation but software is still priced per month in most cases. A container-based delivery would allow software to be priced based on container usage. This will allow customers to reduce wasted subscriptions and get a real handle on software usage costs. It will also persuade them to make software more readily available to users if they are paying just for when it is used.

None of the major software houses have gone this far when it comes to pricing. At the same time none of them have moved to distribute the majority of their software inside containers. Yesterday IBM released its latest quarterly results showing that cloud is beginning to pay off. Moving everything to containers could accelerate that payback.

IBM is no stranger to virtualisation technologies. They have helped it keep customer costs down and drive utilisation of hardware assets. Containers and especially Docker EE will continue that. It will be interesting to see just how far IBM will now go. Will it deliver all its own apps in containers? Will it produce the evidence required to stand up the claim of 1 million containers on a single platform?

This is a good announcement for IBM customers who should see savings across their IBM IT infrastructure. If IBM can use this to bring in new cloud providers then it will continue to increase its new core revenue stream.