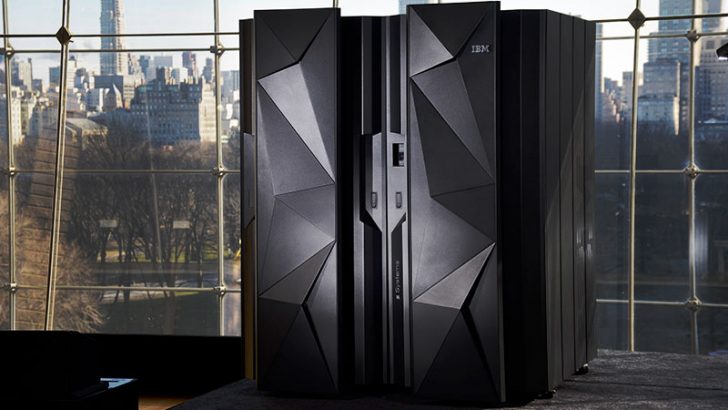 IBM has announced IBM Machine Learning for the private cloud. It is designed to speed up the creating, training and deployment of analytics models. IBM claims that data scientists: “might spend days or weeks developing, testing and retooling even a single analytic model one step at a time.” To make this possible, IBM extracted the core technology from IBM Watson and made it run on the z System mainframe.

According to Rob Thomas, General Manager, IBM Analytics: “Machine Learning and deep learning represent new frontiers in analytics. These technologies will be foundational to automating insight at the scale of the world’s critical systems and cloud services. IBM Machine Learning was designed leveraging our core Watson technologies to accelerate the adoption of machine learning where the majority of corporate data resides. As clients see business returns on private cloud, they will expand for hybrid and public cloud implementations.“

What will machine learning give data scientists?

There are four areas that data scientists are getting help with. IBM says these are:

Details of how all of this will work are brief. In the press release it says: “Cognitive Automation for Data Scientists from IBM Research to assist data scientists in choosing the right algorithm for the data by scoring their data against the available algorithms and providing the best match for their needs. The service also considers various circumstances – such as what the algorithm is needed to do and how fast it needs to produce results.”

IBM is expected to provide more details in an analyst call later this week. According to UK analyst firm Creative Intellect Consulting: “This is long overdue. The mainframe is still the key System of Record for many large organisations and sales have been growing over the past three years. IBM has been slow to extend technology underpinning its Watson product to the mainframe.

“This is expected to be just the first step in machine learning technology from IBM. Watson already runs on IBM Power Systems. Customers will want to know when they can develop models that can run across both platforms. It will also be interesting to see how IBM moves this into the cloud. There are already several companies offering z Systems services in the cloud. We would expect IBM to be talking to them about IBM Machine Learning as part of its hybrid cloud focus.”

What industries is this targeted at?

IBM has already announced details of one of the beta testers for IBM Machine Learning for z/OS. Argus Health is using the technology to explore new models to better manage pharmacy costs.

According to a statement by Marc Palmer, President of Argus Health: “We are excited about the possibilities and the potential we have seen from IBM Machine Learning working in concert with our RxNova claims processing platform, clinical solutions, and applied analytics in creating models that are constantly improving by using new data and enabling real-time results to the benefit of members, their caregivers and physicians.”

Healthcare is one of three target industries. It is also targeting sales forecasting in retail. This is about real-time personalisation for customers which means accessing data that is less than an hour old.

Financial services are another key market, especially given the on-going investment in z Systems from many banks and institutions. The first focus is on product recommendation system for a financial advisor or broker. The challenge here is pulling complex data from large numbers of sources such as current interests, trends, and market movements in real-time.

All of this takes IBM ever closer to its stated goal of moving the application to the data and reducing enterprise ETL costs. It has already achieved some of this by ensuring that its applications and code run across all its platforms. To date, however, customers wanting to apply IBM Watson to data sets on IBM z Systems still had to move their data. That is no longer the case and it will be interesting to see the take-up of this solution.

It is a surprise that it has taken so long to get the core technology from IBM Watson onto z/OS. With IBM InterConnect coming up in 4 weeks, IBM will surely have more to say about this announcement.