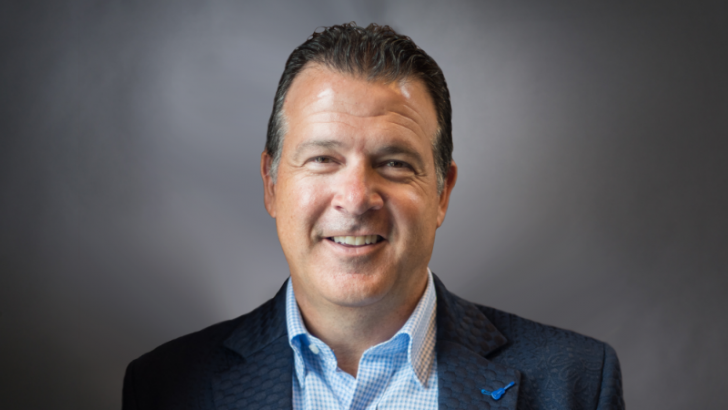 FinancialForce has announced Tod Nielsen has been appointed the new CEO of FinancialForce. The company, which was set up by UNIT4 with an investment from Salesforce ventures, was previously led by its co-founder Jeremy Roche. The appointment is effective today, 6th January. Although Jeremy Roche is stepping down he will continue to act in an advisory role going forward.

Nielsen is an experienced CEO. He previously led Heroku and Borland, as well as holding senior positions at Oracle, VMWare, BEA Systems and Microsoft. After Heroku was purchased by Salesforce in 2011 he continued to work at the CRM company until July last year where he was the executive vice president in charge of Salesforce’s platform development strategy. The relationships he build up within Salesforce during his time there will be useful in his new role.

The appointment came as a surprise to many, but with hindsight it is the right step. During the interview with Enterprise Times at the end of 2016, Roche saw future growth as the key challenge, personally and for the business. His question for other CEO’s in the interview might well have been aimed at Nielsen: “I would like to know the secret of scaling probably two or three levels above where we are now. How can I keep this organisation, something that I feel as attached to, when we hit a billion dollars, rather than the hundred million we’ll shortly hit? “

Roche has found the man to continue in his footsteps. Nielsen grew Heroku quickly, tripling its revenue during his tenure there. He finds FinancialForce in good health with 40% growth in 2016 and approaching $100 million annual revenue. We spoke to Nielsen on the eve of the announcement. It was the opportunity to ask a number of questions..

Why FinancialForce, why now

Nielsen:               There is no conspiracy theory here. My goal is to have Financialforce continue to grow, to accelerate it, to be all it can be and to see what outcomes lie on the journey.

Nielsen:               I spent my career in the platform space. I believe we are at an inflection point with cloud computing that apps are going to start aggressively moving over to a cloud model. I think FinancialForce is very well positioned to be a safe harbour for these applications that want to go there. My belief is that what kept everyone from the cloud initially was trust. They have been concerned about it: “oh I’ll put little apps out there but I don’t want to put my trusted data in the cloud”. Things have progressed over the last six or seven years.

The bad actors have become so sophisticated that unless a company is going to spend millions and millions of dollars on the latest security and all the insights, they are never going to be able to keep up. So I believe, ironically, that what is going to be the driving force to bring people to the cloud is going to be trust. Because, if you are not moving your apps to the cloud it’s a bit like putting your money under the mattress. FinancialForce is in a position where we can really take advantage and provide these customers that are running servers in their closets and back rooms to provide them an opportunity of ease of use, fast deployment and allow them to really focus on their business and not focus on building mini IT shops.

There aren’t a lot of players in the cloud ERP space. The back office cloud is still early days. I think there is an opportunity here to really stand out with our customer service, our customer experience, easier to work with. An opportunity for us to work with the customer data to provide them the best value they are looking for.

Later in the interview Nielsen made it clear that leaving Salesforce was a choice to get back to what he enjoyed. He said: ” I know what I am good at and what I want to focus on.”

Nielsen:               It is my first week and I have to drill into where the numbers are and what’s going on. At this moment we have sufficient funds to achieve our goals. It is too early to comment on that one.

Nielsen:               I am thinking about where the opportunity is for growth to continue to scale and take things to the next level. I plan on spending the first 100 days talking to employees, customers and partners in the ecosystem. To understand what they see and where they see the opportunity is. Then at the end of that time to layout a direction and articulation of what our vision is going forward.

Nielsen:              At the moment I don’t have any new theories. It is more a matter of what doing we need to do to scale. Making sure everyone is aligned and servicing our customers better. Really it is just a matter of making sure the operations can continue to grow. We are coming off a year of 40% revenue growth. There are a lot of good things here. It is now a matter of how do we refine and take things to the next level.

Nielsen:              I don’t know what specific plans for expansion in mainland Europe there are. If there are plans I will get briefed on that. I know effort in the UK is moving forward but I am not sure what the expansion plans are because it is only my fourth day.

Nielsen:              In five years’ time we will be significantly bigger than we are today. We will have a strong customer service team. One of the things we need to do in the near term is to do a better job of is awareness. If you talk to people in the ERP space there are not a lot of people who understand what FinancialForce is outside of the Salesforce context. Establishing our identity, our value and being the safe harbour for people to do back office cloud computing is going to be a mark of success. With that all the metrics of customer growth and revenue growth should come with it.

Nielsen:              I expect that our identity is going to be more focused around cloud ERP leadership. Salesforce is an incredible partner and an incredible part of that story. But I don’t think we will lead with that card as much as establish our identity first. For those customers that it is important that we are on the Salesforce platform we will drill into that. For those customers that don’t care what platform we are on, we will focus on being a great ERP provider.

Nielsen:               At the moment the opportunity and the size of this market is huge. So the biggest threat to our success is ironically our own execution. Can people believe and drive things forward and execute? In todays’ cloud world, speed is the new currency so we have to be able to move fast and respond. It is making sure everyone can play at the pace and level required to stand out.

What about the culture at FinancialForce

Nielsen:              Jeremy has done a fantastic job of building a culture of respect and empowerment inside Financial Force, and Jeremy and I are aligned on our beliefs. We will continue to grow with this empowerment, accountability and treating employees with respect.

I was talking to Jeremy last night and said: “I am not always right, I expect people to push back.” Jeremy has already set up a culture where he invited people to push back. So I am excited that Jeremy and I have a similar world view on management and leadership styles

Nielsenwill not be taking up the position that Jeremy Roche currently holds on the executive board at Unit4. This indicates that FinancialForce is ready to grow fully independently of the majority shareholder. It is not yet known how active Jeremy will be involved in either FinancialForce or Unit4.

His role at FinancialForce will change. The company responded to the direct question with the following response: “Jeremy will keep a position in FinancialForce as Founder and special advisor to the management team and is committed to a smooth transition, making himself available to customers, partners and employees. Jeremy will also continue as a major stockholder, with a vested interest in seeing the company and FinancialForce customers succeed.” What the future holds for Roche will no doubt become clearer as time passes.

Most CEO’s know what they are good at doing and what they enjoy doing. Nielsenseems the perfect fit for the role at the cloud ERP company. He is taking up the reins at a successful company at a time when the market is growing exponentially. If he can solve the problem of hyper growth then his tenure will be as successful as Roche’s was.

For the competitors this is a warning bell. FinancialForce has hidden sometimes too much in the shadow of Salesforce. In the coming months they might be seen more frequently in bids outside of Salesforce customers.