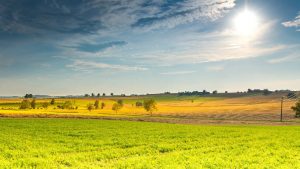 Salesforce World Tour London kicked off last week, with numerous announcements occurring during the event. They included the launch of Salesforce Sales Cloud Unlimited. The company also announced the impact it has had in the UK, both as a key growth market and its commitment to giving back to the UK.

Salesforce also revealed how Currys had powered its digital transformation using Salesforce. Another customer, GoHenry, has used Salesforce technology to support its growth in the UK and US. The third customer it revealed details about is Revolut, which is building a financial super app and launched in the UK in 2015 and now has over 18 million customers worldwide

Other news included a customer story about Ooredoo leveraging Icertis in combination with SAP solutions to transform digitally.

Cegid announced the acquisition of StorIQ and its in-store activity management platform. The London-based company has a staff of about thirty and was founded in 2015.

Skillsoft entered into a definitive agreement to sell its SumTotal business to Cornerstone OnDemand, Inc. (“Cornerstone”) for approximately $200 million in a cash transaction.

Bill McCarthy, former Chief Revenue Officer and Executive Vice President of Worldwide Field Operations at Infoblox, and Mark Lynch, most recently Chief Financial Officer at Appian, have been elected to join the Appian board of directors.

Alteryx was awarded four Snowflake Competency badges for its proven success in automating analytics for customers in financial services, healthcare and life sciences, media, and retail/CPG.

Cegid announced its new “Forward 2026” strategic plan. By delivering a superior, memorable and distinctive customer experience, Cegid’s ambition is to double its revenue again to €1.3 billion by 2026.

GoodData, the leader in data and analytics infrastructure, announced today its technical partnership with Snowflake, the Data Cloud company, to help customers unlock more value from their data.

Newgen Software has entered into a strategic partnership with Anabatic Digital—a leading IT solutions provider in Indonesia—to empower financial institutions on their digital transformation journey.

Outreach opened its newest office in Atlanta to better serve its growing roster of customers in the southeast region.

Talend was recognized with multiple Snowflake Competency Badges for its continued innovation and success with joint customers in the healthcare and life sciences, financial services, retail, and technology industries. The company also revealed that nearly one in five Snowflake customers now trust Talend to achieve greater value from their data in Snowflake’s Data Cloud and drive successful business outcomes.

ThoughtSpot has partnered with Matillion to provide data model templates and Live Analytics to help data teams working in the cloud get up-to-date data insights in minutes.

Zycus is hosting the 16th edition of Horizon, its flagship annual procurement and finance conclave, between June 20-23, both physically and virtually. The theme for this Horizon is ‘Unlocking Growth Amidst Uncertainty.’

The Easy Legal Finance Group of Companies, a speciality lender, focused on providing credit solutions to the legal sector, replaced its manual loan and document processes with Conga Composer and Conga Batch. The automated solutions allow Easy Legal Finance to move more quickly and efficiently, resulting in significant time savings — from weeks to minutes — without increased headcount or operating costs

In the UK, Nottinghamshire Police has deployed the NICE Investigate Digital Evidence Management solution to improve officer efficiency and community safety by digitally transforming how it manages growing volumes of digital evidence.

PNC Bank has automated software supply chain compliance with TriggerMesh, as TriggerMesh explains in a blog.

Alight Solutions launched the Alight Digital Wallet, powered by QRails. This app-based solution will enable organizations to help their people meet their unique financial needs and improve their financial well-being with an approach to pay that offers the flexibility workers need and want.

Cleo has announced updates to Cleo Cockpit with RADAR. The enhancements address a company’s “expected” transaction volumes, enabling users to define expectations and set risk tolerances for transactions across their supply chain, specifically those related to order-to-cash, procure-to-pay, or load-tender-to-invoice business processes.

Informatica announced an expanded partnership with Snowflake which sees new product innovations to drive increased value for joint customers. With the new Informatica Enterprise Data Integrator, a native application in Snowflake Marketplace currently in development, customers will be able to use the power of the Intelligent Data Management Cloud (IDMC) Platform to integrate a wide range of enterprise application data in the Snowflake Data Cloud.

Pipedrive has added support for Indonesian, Latvian, Ukrainian and Czech to its platform.

Qlik announced multiple new and enhanced capabilities that will help customers maximize the value of their investment in Snowflake Data Cloud. The services expand the ability to both seamlessly feed Snowflake with near real-time data and more easily access data in real-time and action it for decision making across the enterprise.

Qualtrics XM/OS can now be accessed locally through the Amazon Web Services (AWS) Cloud in Japan.

Rockset announced a new Snowflake connector which enables low-latency, high-concurrency analytics across streaming data from sources such as Apache Kafka, Amazon DynamoDB or MongoDB and historical data from Snowflake.

ServiceMax announced the release of DataGuide, a new product integrated into the ServiceMax Core platform that provides advanced forms and report generation capabilities.

Skedulo launched The Skedulo Pulse Platform. The solution is designed to help organizations accelerate deskless worker productivity while offering them the flexibility to scale, adapt and innovate throughout the full life cycle of the deskless workforce.

Tier1 announced its summer 2022 release with updates to Events, including interactions, coverage and export to Excel features based on user feedback. It also updates Tier 1 Deals, Tier 1 Events, the mobile app and integration to Outlook.