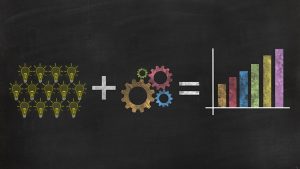 Capital Gains Tax (CGT) is a tax payable on gains made by individuals from assets, such as property and shares. For business owners, the reduced rate that potentially applies on the sale of their companies is regarded as ‘pay back’ for the time and money put into getting their business up and running. The CGT rate remains set at 20% for higher and additional rate taxpayers.

Although no increases in the CGT rate have been made, there are concerns that the Chancellor could decide to raise the CGT rate to 45%. The increase would primarily affect business owners and those investing in growing businesses, a significant number of which would be tech businesses. Some entrepreneurs could decide to accelerate plans to sell their businesses or potentially explore ways to move overseas.

Back in March, with concerns rising about potential increases in the rate of CGT, tech sector entrepreneurs looked for guidance on fast-tracking plans to sell their businesses. While some sales were finalised at the time, in other cases, entrepreneurs were persuaded by their advisers to hold out. They had hoped that the feared tax hike would fail to be implemented and resultant surge in trading activity would create opportunities to increase the value of the business. Those that chose the latter have now been proved right following the Autumn Budget.  Alongside the CGT rate remaining, economic growth was stronger in the first half of 2021 than many experts had predicted last year. Also, the growth opportunities in the tech sector have been more prevalent than in other sectors. This is largely due to the shift of operations online during the pandemic.

Any future increase in CGT to 38% or higher would disincentivise entrepreneurial investment. It would subsequently have a damaging effect on the economy. Increases could also disincentivise external angel investors whose investment does not already qualify for the Enterprise Investment Scheme. These investors facilitate growth in early-stage tech businesses, which are not attractive to larger equity investors or debt funders.

With corporation tax due to rise to 25% in 2023, it is clear that the tax landscape in the UK is becoming less attractive to entrepreneurs seeking to establish and grow tech-led businesses. This is more prevalent in areas such as London, known as the digital capital of Europe. If the Chancellor decides to abolish Business Asset Disposal Relief simultaneously as increasing CGT rates, the resultant effect could be to drive entrepreneurial investors overseas.

Instead of taking this approach, the Chancellor should be speculating to accumulate. Incentivise entrepreneurial investment and encourage businesses to spend more on skills development.  This would give the economy the further boost it needs. Highlighting the value that such an approach could bring, think-tank NESTA has predicted that, if left unaddressed, the digital skills gap could cost the economy upwards of £2 billion annually in the UK.

A recent report published by TechUK entitled Fast Forward for Digital Jobs, calls for introducing a new digital skills tax credit similar to the R&D tax relief scheme.  This would be used to incentivise small and medium-sized businesses to invest more in training their staff. Early 2022 would seem a good time for the Chancellor to make this happen. In addition to this, he could also consider ways to make the apprenticeship levy work more flexibly, providing more support for employer-backed training initiatives.

Tech sector growth in the UK has been a success story to date. The corporate tax landscape has certainly helped incentivise entrepreneurial investment and keep corporate taxes lower than in many other jurisdictions. Changing the CGT rate, as businesses are facing challenges in the form of rapid price inflation and shortages, could limit growth and damage the economy in the longer term.

Five Best Practices to Get More from Threat Intelligence