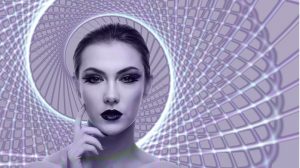 iDenfy has launched an NFC solution to ensure identify and defeat fraudsters. It will work on Android and Apple (iOS13) mobile devices equipped with an NFC chip. The user will also need a government-issued ID, such as an ID card or passport with an RFID chip and which supports the international ICAO 9303 standard.

The process can also be customised to suit different workflows. The company details four including a future workflow that will use an API.

iDenfy claims that all this makes the solution more trustworthy and flexible than other solutions. It sees the flexibility coming firstly from the ease of bringing the mobile device and identity document into proximity. Also, it can be deployed to suit multiple workflows.

The claim of being trustworthy comes from the comparison of government-issued ID against a user selfie and the digital signature.

Who is this aimed at?

Unsurprisingly, the primary market for this is financial services. iDenfy sees it as a key anti-fraud solution that can be easily deployed by organisations. Importantly part of that means meeting Know Your Customer (KYC) requirements.

Another use is healthcare where iDenfy sees it as protecting user data. It could also be used to verify users before treatment is given, especially when they are in another country. Medical insurers could also see this as a way of preventing fraud.

Fraud is on the rise, as is the use of forged documents. One area that has seen increased use of fraudulent documents is in SIM takeover. The criminal walks into a phone shop with a forged passport. They then persuade the staff to help them port a victims number to a new phone. The staff lack the skills to verify the passport so often take it as valid.

With this iDenfy solution, staff could use their mobile devices, scan the passport and quickly identify that it is a forgery. It would allow them to then call the police and have the criminal arrested.

This is a smart use of existing technology to deliver an identity verification solution.