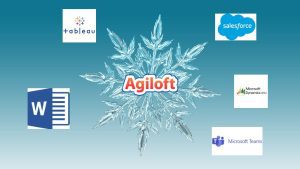 Agiloft has unveiled the Winter 2021 release of its no-code contract lifecycle management (CLM) platform. The latest version sees functional and UI and feature improvements to the Contract Assistant for Word and new integrations to the Microsoft and Salesforce platforms.

This release’s focus is to enable business users to leverage Agiloft better from within their flow of work without ever having to change from the primary application. To accomplish this, Agiloft has added an integration to Microsoft Teams that enables users to access Agiloft data and processes from within the Teams environment. With Microsoft Teams now having over 145 million users, as of 2021, the company expects many customers to take advantage. This approach aligns with the connected experience that Agiloft wants to deliver.

Eric Laughlin, Agiloft CEO. “The market for CLM is evolving rapidly, and it’s time to rethink attitudes about contracts. For too long, we’ve thought of contracts solely as a defensive shield, relegated to dead-end digital representations of paper. Agiloft is re-imagining contract data as a digital asset—the DNA of business relationships—that can be analyzed and acted on across the business.

“With our new Connected Experiences, Agiloft empowers people across the organization by connecting them to contract processes and data in the tools they already use, shifting CLM from legal to enterprise tech and taking the value of CLM to a new level.”

This new App is available from Microsoft AppSource (though not as of writing). It connects the Teams environment to the Agiloft platform and supports several features, including:

This is only the beginning, Wishart explained, “Our goal is to build upon this to be able to do more directly inside Microsoft Teams, including things like initiating a contract request and having a form inside Teams that collects the mandatory information to initiate a contract request.”

Available in beta, there is a Contract Q&A bot that uses AI to answer natural language queries about contracts. Other planned enhancements to the Teams App include enabling collaboration on a contract via Teams, both internally and externally and the ability to search contracts.

Wishart replied, “Teams is our priority right now. Slack is on the roadmap, and that’s where we’re going to go next. Teams will be slightly ahead of where we are with Slack. But (because of) how we’ve architected underlying core capability, we see an easy path to achieving this within Slack as well, certainly next year.”

In Winter 2021, Agiloft also unveils its new Contract Assistant for Word. This Word add-in enables users to create contracts quickly based on standard paragraphs from existing clauses. Integrated to Agiloft, it enables collaboration on changes, tagging users against clauses for example. Users can insert new or use alternate clauses from the Agiloft clause library with full traceability. The new add-in works across different versions of Word, including PC, Mac and Microsoft 365.

Users can also compare and mark up contracts. This is not using the Word comparison feature directly. Wishart explained, “It’s going into Agiloft and using our proprietary compare. Then we are surfacing it within Microsoft Word. Behind the scenes, Agiloft Compare also utilises Word differencing technology. It’s not doing it locally. It’s doing it server-side, but it’s using the same differencing engine as Word.”

It also means that the engine can leverage the AI capabilities of Agiloft. What happens when working with external parties without access to the contract, during negotiations, for instance? Wishart answered, “If someone goes into Microsoft Word without the Agiloft add-in, makes a modification to that text, and sends it back to us, we can still track the differences of that clause. The only time that we would struggle to track the differences of that clause is if someone removed the content control.”

Agiloft also gives guidance if the controls are removed, enabling users to recover the document without missing any changes, according to Wishart. This is a sophisticated tool that compliments Word whilst taking advantage of its rich technology.

The second big feature of the add-in is the new Template Designer. Users can now create templates with conditional clauses based on data within the template. For example, if the contract value is over a certain amount or with a specific client, the system automatically generates the correct initial contract. This solution is configurable and flexible, ensuring that organisations can create the best contract the first time.

Agiloft will also release a new Salesforce App on the Appexchange, replacing the existing one. This will enable joint customers to have the integration working within 15 minutes of deployment. Salesforce users will have the ability to initiate contract requests directly from within Salesforce.

One example demonstrated by Wishart was identifying why contracts take longer to negotiate, identifying the clauses that cause the delay, and then if this relates to a specific region. For example, it may identify that the data privacy clause always requires changing when the client is based in California. It won’t identify the reason for delays beyond the clause, but it will help identify the issue and, with the new Word add-on, make a conditional change to the base contract

There is a new Dynamics CRM connector. Less sophisticated than the Salesforce App, it synchronises data between the two applications.

Salesforce users will also find some of the new features bear a resemblance to the Salesforce Lightning Experience. This is because Agiloft used this as the inspiration for their updated UI.

It will also mean that Salesforce users will find the interface more familiar. An example is the new drag and drop Layout Editor. It allows administrators to customise the ways that data is presented to users. As Wishart explained, “we provide best practices out of the box, and the layout editor helps them just refine that for their own use.”

Another impressive update from Agiloft with some familiar themes also seen from other vendors. In some ways, the Agiloft approach is confusing. It has integrated deeper with Salesforce CRM and Microsoft Teams, but the integrations with Dynamic CRM and Slack (now a Salesforce company) are lagging. Is it trying to cater to both ecosystems? It will certainly have customers in both. Consequently, it is a strategy that will probably continue. Though if one gains more traction, Agiloft will likely shore up the lagging integration quickly.

The new Word Add-in is possibly the star of this release. The ability to track contract negotiations accurately and switch out pre-approved clauses will save legal teams time. The ability to create contracts based on conditional data values is even more valuable.  Organisations that cannot rely on master agreements but have multiple contracts with customers in different regions, industries and sizes will find this invaluable.

What will be interesting to see is the impact these updates, especially the Word add-in and Tableau connector, have on the efficiency of contract negotiations. The addition of Teams and, subsequently, Slack will also help improve adoption across organisations using those collaborative tools. There is also more to come, some of which will no doubt be driven by customer demand after Winter 2021 is released. Agiloft is embracing and now delivering on its commitment to a connected experience.