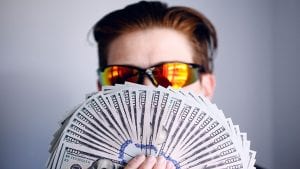 JupiterOne has completed a successful Series B funding round, raising a total of US$30M. It was led by Sapphire Ventures and featured previous investor Bain Capital. It takes JupiterOne’s total funding to a total of $49M over the last year. Underpinning the finding was the news that JupiterOne tripled its annual revenue in 2020 and doubled its headcount.

It plans to use the money to repeat that growth in both revenue and headcount. Money is to be invested in its engineering and product development teams and expand its go-to-market capabilities. Part of the funding will also go towards building out its remote workforce, a move that employees will welcome.

Erkang Zheng, JupiterOne CEO and founder, said: “At JupiterOne, we believe that security is a basic right. With this funding round, we will focus on the growth of our core position – cyber asset visibility management and governance – and growing our user base and free community. Our goal is to help our customers know more and fear less.”

JupiterOne is the third cybersecurity company to announce new funds in the last seven days. The first was Vectra.AI who received $130M in a funding round led by Blackstone Growth. That valued the company at over $1.2B.

The second company was the UK’s Darktrace who IPO’d in London. It cut the initial share price but still managed to raise £165.1M giving it a valuation of £1.7B. It saw shares soar over 30% on its first day of trading before falling back at the end of the week.

Now we have JupiterOne. While much smaller than the others, it shows a significant appetite in the market for backing cybersecurity companies. Investment funds see this as a market with substantial growth potential. The market is predicted to grow by over 10% CAGR, according to Grand View Research.

It is also a market characterised by many smaller security companies despite several rounds of consolidation. It means that investment in fast-growing startups is likely to have a high rate of return in the next few years.

For JupiterOne, this investment is about more than a short-term bet by its backers. Its growth numbers are impressive, and its plans to double in 2021 are predictably aggressive. There is no reason that it cannot achieve that, and it will be interesting to see if it can exceed those projections.