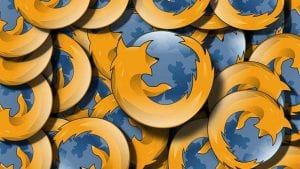 The Mozilla Corporation, responsible for the Firefox browser, has laid off 250 staff and moved 60 others to different teams. The reason given, unsurprisingly, is the impact of COVID-19. The company needs to shore up its finances and that means letting people go and closing offices. Staff were sent an email from Mitchell Baker, Mozilla Corporation CEO and Mozilla Foundation Chairwoman detailing the reasons for the move.

It is the second time this year that Baker has had to address staff layoffs. In January, the company laid off 70 staff citing business difficulties and lower revenue. Its move to a subscription service hasn’t delivered the expected boost in income.

In the email to staff, Baker said: “We are making significant changes at Mozilla Corporation today. Pre-COVID, our plan for 2020 was a year of change: building a better internet by accelerating product value in Firefox, increasing innovation, and adjusting our finances to ensure financial stability over the long term.”

Baker sees this restructuring of Mozilla as necessary not only for survival but to create new revenue streams. She said: “We are also restructuring to put a crisper focus on new product development and go to market activities. In the long run, I am confident that the new organizational structure will serve our product and market impact goals well, but we will talk in detail about this in a bit.”

Will this move impact security?

As the news of the layoffs spread, several closed security and privacy forums started to ask questions about the impact on Firefox. Part of this was fuelled by Twitter posts detailing the teams that were going to be most affected.

One tweet that got a lot of response came from Michal Purzynski. He said that the layoffs included the entire threat management team.

Another tweet, from Kat Marchán, listed all the affected teams, including the Firefox incident/threat management team.

Numerous other tweets are asking about the impact of security on Firefox. In some security forums, people have begun to suggest that if Firefox is reducing its security teams, it could impact usage. There is even the possibility of it being placed on software blacklists which would further reduce usage.

What does Mozilla say about this?

Enterprise Times contacted the press team at Mozilla to get some clarity. Dr Alice Fleischmann, Media & Issues Public Relations Manager, responded saying: “Mozilla has restructured its security functions across the organization to better ensure the security of Mozilla and its users. Some positions were eliminated as a result of this effort, but the teams responsible for the security of the Firefox browser and Firefox services were not impacted.”

Fleischmann also sent over links to the main blog and email to staff about the redundancies. In the staff email, Baker writes:

“In order to refocus the Firefox organization on core browser growth through differentiated user experiences, we are reducing investment in some areas such as developer tools, internal tooling, and platform feature development, and transitioning adjacent security/privacy products to our New Products and Operations team.

“We are organizing a new product organization outside of Firefox that will both ship new products faster and develop new revenue streams. Our initial investments will be Pocket, Hubs, VPN, Web Assembly and security and privacy products. In addition, we are creating a new Design and UX team to support these products and a new applied Machine Learning team that will help our products include ML features.”

Baker also went on to say that the company was creating a centralised security assurance function.

However, there is a big gap between being focused on security and letting key members of security teams leave. It will be interesting to see how quickly Baker or someone else in Mozilla reacts to the concerns being raised. It certainly needs addressing.

But what about all those employees?

Unlike many people facing redundancy at the moment, many of those made redundant by Mozilla could find themselves in jobs quickly. As the news spread across the Internet, there has been a lot of support. People have been tweeting job openings at other tech companies, especially in security. Recruiters have also been offering free access to some job boards.

The Twitter handle #mozillalifeboat has also been gathering pace to help find jobs and support for those made redundant.

Baker also told staff that the company intends to help support them with what appears to be a generous severance deal.

There is never a good time to be laid off and no right way to do it. In this case, however, it seems that the Mozilla and security communities are responding quickly to the news. That is a positive thing for those affected, although how quickly they will find a replacement role is yet to be seen.

For Mozilla, however, there are many questions to be answered. Yes, COVID-19 has had an impact across the world with a lot of companies suffering. However, the tech sector has come out of it, in many cases, stronger than ever. The question that many are asking is, why Mozilla failed to ride the surge in demand for tech products?

Part of the problem is that Mozilla failed to adapt to its loss of market share and users. Chrome, Safari and Microsoft Edge have all been on a steady growth path for the last three years. In that same period, Firefox has fallen from 14.53% of the global browser market to 8.48% (Statista). That has also led to a fall in search revenue for Firefox.

Firefox has prided itself on being a privacy browser, something that many people are interested in. However, the fall in market share shows it hasn’t capitalised on that demand from users. Instead, it has tried to build new products which have failed to plug the gap in users and finance.

The question for Baker is, can this now be turned around?