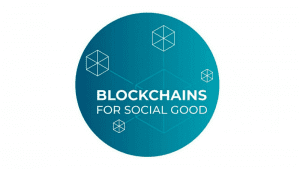 The European Innovation Council (EIC) Prize on Blockchains for Social Good, has awarded €5M to six winners selected in a call to identify scalable, deployable and high-impact blockchain solutions for societal challenges. The goal is to recognise and support the efforts made by developers and civil society in exploring applications for blockchain in specific areas of social innovation. These include traceability and fair trade; financial inclusion; decentralised circular economy; transparency of public processes; participation in democratic decision-making; and management of public records.

Marya Gabriel, Commissioner for Innovation Research, Culture, Education and Youth, commended the projects: “I warmly congratulate all the winners. The proposed solutions show how blockchain can create positive social change by supporting fair trade, increasing transparency in production processes and e-commerce and contributing to financial inclusion by exploring decentralised economic structures. I hope that this award can help upscale these outstanding ideas and inspire many other innovators.”

The successful solutions – each of which will receive €1M – proposed blockchain applications for:

The winning applications came from:

Dutch SME, WordProof BV, has developed the WordProof Timestamp Ecosystem. Proposed as a free browser plugin, this is a technology able to:

The result is to lead to more trust in internet content. With the timestamps:

UK social enterprise Project Provenance Ltd developed Proof Points. It enables businesses to prove their social impact across the supply chains which lie behind their business and products.

The UnBlocked Cash Project OXBBU (from Irish Oxfam and French startup Sempo) pioneers a decentralised model which addresses the global challenge of delivering international aid to disaster-affected women and men in ways that are efficient, transparent and sustainable.

From French cooperative, Kleros has created CKH2020, a platform for resolving consumer disputes in an eCommerce or collaborative economy. Blockchain guarantees that:

Italian Prosume Srl has created Prosume. It is a DLT-based platform providing a decentralised and autonomous digital marketplace for peer-to-peer energy trading. Its goal is to integrate prosumers – consumers who are also producers of renewable energy – in the (thus far) highly monopolised fossils-based energy sector.

The original intention was to award five prizes. As shown above, the list indicates six winning applications. This is because the last two applications finished ex-aequo, and the Jury recommended funding both of them (by splitting the 5th Prize equally).

Thierry Breton, Commissioner for the Internal Market, noted: “Participation from 43 countries in the Prize on Blockchains for Social Good has shown us the potential to address local and global challenges with blockchain technology that offers decentralised, trusted and transparent solutions.

“Europe has to fully recognise and support European technological innovations to address both industrial and sustainability challenges.”

Applying for a prize

The call for the Prize opened on 16 May 2018 and closed on 3 September 2019. 176 applications were received from 43 countries (19 of which were outside the EU). They pretty much (according to the EIC) addressed the six areas indicated in the call. There were 13 additional areas proposed by the applicants themselves (as allowed by the Rules of Contest).

The evaluation was organised in two steps. Following a pre-selection in November 2019, the 23 best applications were invited to a final hearing with the Jury on 10 February 2020. In parallel to the hearing, the 23 finalists were invited to present and discuss their solutions at a public workshop: this attracted more than 170 participants. The event sought to:

The revolutionary potential for blockchain exists in the financial domain. It’s possible that applications in social domains, and to address sustainability challenges, have been far less explored. The EIC sees the results as important for the development of the Next Generation Internet (NGI) initiative. It continues to explore the potential of blockchain in new application areas, in particular, to address local and global sustainability challenges relating to the SDGs.

A point to note: nearly half of the areas covered by the selected applications (quality content, aid and philanthropy, energy and health) relate to the UN’s Sustainable Development Goals (SDGs).

Perhaps even more important, the EU’s Commission innovation initiatives are ‘famed’ for their ability to focus on a small number of large enterprises/institutions. The EIC demonstrates the opposite, as the 80% of proposals from start-ups and SMEs evidence. This is a welcome development. Long may it continue.