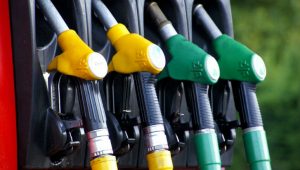 At its first virtual product update, Kaseya announced two new initiatives to help managed service providers (MSPs) and internal IT organisations using its products. ProfitFuel and BudgetFuel are initiatives that seemingly are the pillars on which the product updates are focused. There is little detail about either of these two initiatives, other than ProfitFuel updates that will increase revenues and profit for MSPs. BudgetFuel assists organisations in reducing costs. However, Kaseya announced several new and updated integrations as well as new features across its product suite.

Fred Voccola, CEO of Kaseya commented. “IT is now what enables small to mid-sized businesses to exist in this current climate, and this has ushered in an era of dependence on SMB IT, where IT service providers now need a new, modern platform to meet this demand. This new platform must be able to deliver a comprehensive set of technologies that allow you to deliver all of the IT infrastructure that your clients or internal users require. It must offer tight workflow integrated tools that allow technicians to be substantially more efficient so that they can increase output and do more with less. It has to be very cost-effective, enabling you to reduce the cost of your overall IT software kit. That’s what Kaseya delivers with IT Complete.”

An initial focus on BudgetFuel

Kaseya has tightened the integration between its separate products. It aims to “reduce the space” between applications, thereby saving time and cost. Kaseya estimates that users will spend up to 25% less time on coordination once implemented. By leveraging the integrated IT Complete suite, organisations can save up to 33% on costs versus a hybrid solution. Details of how Kaseya arrives at that calculation were not shared.

The new workflow integrations include:

Kaseya also unveiled other updates released this quarter including:

ProfitFuel and ProfitBudget seem more like marketing terms without any substance yet. On the Kaseya website, there is little reference to either of them currently. The new RapidFire modules seem aligned with ProfitFuel and the Unitrends Helix with reducing costs forIT Organisations.

What is important are the tighter integrations between the different products on the Kaseya platform. Kaseya has acquired most of its products through its purchase of other companies. It has had to address a variety of codebases. IT Complete is now becoming more like a platform and less a suite of products. The interesting thing is how far will Kaseya take this? Will third party products be able to interface to IT Complete rather than just the individual products beneath it? Kaseya will reveal more information about the product roadmap in a live broadcast later today.