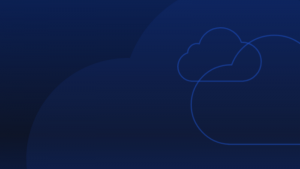 Bloq has announced it will provide infrastructure continuity for the Open Application Network (OAN). It is picking up from where one of OAN’s existing providers is winding down.

The OAN’s founder, Matt Spoke, said, “We are looking forward to the integration of The OAN into the BloqCloud platform and how this will advance the global open-source ecosystem. We believe this will simplify the development and proliferation of open apps, thereby creating a powerful infrastructure for all stakeholders across platforms.”

In December 2019, blockchain infrastructure provider Nodesmith announced it would be winding down its support for a number of blockchain networks, including the OAN. Bloq is now working with Nodesmith to ensure infrastructure continuity for The Open Application Network (OAN) via the BloqCloud platform.

During the transition, Bloq will:

In other words, the OAN’s native token, Aion, will join BloqCloud’s other supported networks, which include Bitcoin, Ethereum and others (see below).

Bringing the OAN onto Bloq’s list of supported networks involves more than merely adding capabilities, a logo and network-support tonnage. This applies particularly to open source. For one, open source is part of Bloq’s institutional approach (and source code). One reason for the agreement with the OAN is OAN’s own (sic) commitment to transparency along with how Bloq sees OAN’s leaders being focused on addressing some of society’s biggest technological issues.

In addition, current BloqCloud users will find they have a new and powerful option available to them. And the OAN developer community will not only continue to have uninterrupted access to reliable infrastructure, but will expand the possibilities available to those developers through the multi-chain, multi-service architecture that the BloqCloud platform delivers.

BloqCloud and other Bloq developments

BloqCloud is a platform delivering an ever-expanding suite of blockchain managed services. These are highly-optimised with always-available access to blockchain networks. The claimed attraction is that users can scale easily – without having to worry about managing infrastructure.

Support for Litecoin (LTC) and EOS should come later in 2020.

In the recent past Bloq has indicated:

Stewardship by Bloq of the infrastructure resource for the OAN can be considered as a validation of Bloq’s direction. It backs up the recent announcements concerning ETC Labs and the Orchid Network. Such is Bloq’s confidence that is inviting other protocols and their communities to join Bloq to build powerful cross-chain network effects with BloqCloud.

Bloq comprises innovators, builders, entrepreneurs, enthusiasts and individuals drawn together by the promise and potential of:

The picture painted is attractive so long as Bloq manages to maintain its diversity across its many blockchain networks. By assuming the infrastructure support for the OAN it is both making a statement and embellishing its credentials.