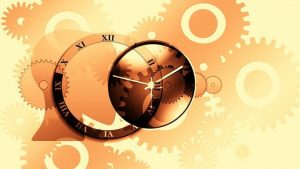 In May 2019, the Court of Justice of the European Union passed a directive making time tracking at work mandatory, and Spain was the first country to take the plunge in passing its own law. Now it’s time to take a look at what went down in Spain, and what other EU companies can learn from it as more countries start passing their own time tracking laws.

The Spanish Royal Decree-Law for time tracking at work came into effect on May 12, 2019. As with all ECJ directives, the court left the specifics up to each country. When it came to deciding which system to use, defining sanctions and setting parameters, Spain was on its own.

So, did Spain do it right? Were there mistakes? Are there things that could’ve been done better?

With six months under their belt, it’s time to take a look at what went down in Spain, and more importantly, what other EU countries and businesses can learn for when their turn comes.

Get the timing right.

Spain’s time tracking law was officially announced in December 2018, five months before it officially came into effect. Why, then, were companies flailing to get a time tracking system in place during the weeks and days leading up to May 12?

First, the proposed bill was shot down by the opposition. Because news outlets focused on that—rather than the fact that the bill would most likely still be passed—Spanish business owners lost valuable planning time.

And passed it was, by way of a Royal Decree-Law, in March 2019. That means companies across the country lost three entire months. That was time they could have spent researching, testing and implementing a time tracking system.

Legislators, politicians and proponents of this law should’ve been more communicative from the get-go. They’re the ones responsible for passing this bill, and they should’ve been the ones in charge of letting everyone know what was to come. Business owners can do themselves a favor by being aware they might need to be proactive and start their research before an official law is passed.

Put parameters on what you’re tracking.

In the days leading up to May 12, and in the days and weeks after, time tracking companies were inundated with requests and questions as business owners scrambled to see if this or that program would meet the new law’s requirements.

The only problem? Said business owners weren’t even exactly sure what they needed.

“It was all hands on deck for our team as the questions just kept coming,” said Elena Benito, CMO of Beebole. “We were used to getting specific questions about our tool, but in the days leading up to the new law, and after, we got questions about the law itself.”

Benito said the questions business owners had were, unfortunately, ones that should’ve been laid out more clearly by the law.

Remember how the ECJ’s directive left the actual law and its implementation in each country’s hands? Well, that’s all fine and dandy in theory, but that hands-off approach seems to have seeped into Spain’s time tracking law itself.

The initial Spanish law passed in May didn’t give clear enough parameters on what businesses should track. This left employers unsure of how to move forward.

Companies need to be ready to ask questions and ensure that they know what to track. In Spain, the laws left too much room for doubt to implement a time tracking system successfully from day one. Questions you might ask yourself: Am I tracking clock-in and clock-out time? Is it the number of hours worked each day? Do you ask remote workers to do the same? All of these parameters must be set from the get-go. The clearer the guidelines, the easier it will be for businesses to implement.

Empower businesses with information before the law comes into effect.

There was so much left unsaid prior to the Spanish time tracking law’s launch that the day AFTER it came into effect, the Ministry of Labor released a 10-page guide with more specific information.

They detailed exactly who needs to track their hours at work, what mediums can be used to track working hours, and how to handle overtime. All things that should’ve been clarified before the law came into effect. Information is power and in this case, it would’ve been the building blocks for the new law’s successful launch.

There shouldn’t be gray areas when the law comes into effect. If your government hasn’t provided clear guidelines, push for them. Your time and resources should be spent on finding the best system for your team, not on interpreting the law. By not providing these details before May 12 in Spain, businesses were set up to flounder and fail as they tried to fill in the missing gaps themselves.

Don’t forget to highlight the benefits.

The ECJ has spoken and released its directive; there’s nothing left to do but embrace it. Business owners can and should empower employees to see the benefit in tracking their hours—this data can go beyond the number of hours worked in a day, and is actually key to making smarter decisions and unlocking business intelligence.

Tracking the number of hours worked is the least interesting metric that can come from this new law. In addition to measuring the hours worked, businesses can combine that information with budgets, project completions and projections for actual business intelligence. This is insight that will make a difference in day-to-day operations.

Embrace this new law, and find a program for your business that doesn’t simply track hours. Instead, find one that can combine data and provide useful business insight. Once you explain this to employees, they’ll surely get on board with time tracking, too.

Though Spain’s time tracking law officially came into effect in May, the government gave companies two months’ notice to get their tails into gear, announcing it in March. After that, the Ministry of Labor announced a grace period of a month or two where they would begin inspecting but refrain from fining.

Spain, you got this one right. Well done. We’re all human, and implementing new laws take time. Doing it together, at the right speed, is the way to go.

Obviously, the launch of Spain’s time tracking law wasn’t perfect, but that’s not the point. They were first to move ahead with it, and now it’s time for the rest of Europe to take note. May the rest of the EU take these lessons to heart and let these missteps lay the groundwork for its own successful time tracking legislation.

Beebole is a solution for employee time tracking and team management. Perfect for any sized company and available in 8 languages, you’ll be able to efficiently measure the time spent on projects, clients, and tasks, leading to smarter business budgeting. Ready to know where your time goes? Sign up for a free trial here.