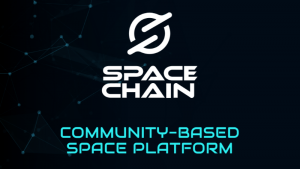 The European Space Agency (ESA) Business Applications and Space Solutions – under its Kick-start Activity program – has awarded funding to SpaceChain UK to develop and identify commercial use-cases for its satellite blockchain technology.

“It is an honor to receive support from the European Space Agency. The fintech industry currently suffers from low levels of security in relation to the storage and transmission of digital currency, preventing it from achieving the same level of professionalism and trust as the traditional banking industry. We are thrilled to solve that by bringing our blockchain technology to new partners in the EU and UK,” said Zee Zheng, SpaceChain Co-Founder and Chief Executive Officer.

The ESA and its Kick-start Activity program

The European Space Agency, an intergovernmental organisation comprising 22 member states, is dedicated to:

In this context, the ESA’s Business Applications and ESA Space Solutions programme:

Overall the ESA spends some €400M a year on strengthening the competitiveness of European and Canadian companies:

There is potential, within the Kick-start projects, to develop projects with additional funding from the ESA. The Spacechain is receving one of these extensions.

SpaceChain is a community-based space platform which seeks to:

Current blockchain transactions carry significant security risks if a user’s private signature key is compromised. To solve this problem, SpaceChain has developed a multi-signature satellite wallet which it claims is faster and more secure than traditional methods.

SpaceChain designed its satellite blockchain technology to bring better security to the transmission of digital currencies and smart contracts by using:

Instead of using one private key, the SpaceChain wallet can use a ‘two-of-three’ signature scheme – which:

The funds in the wallet remain safe even in the event of a connectivity failure. This happens because the two ground-based signatures can still complete the transaction.

Thus far, SpaceChain has developed an open-source operating system. It has launched, and flight-tested, two blockchain nodes in the past 12 months. The additional funding extending this. Furthermore, SpaceChain plans to collaborate with Deimos Space UK, whose expertise in flight systems, ground segment systems, space situational awareness, and satellite navigation make them an ideal partner.

“We look forward to a long-term partnership with Deimos, beginning with this ESA project. Deimos has identified the innovations being developed by SpaceChain as being enablers of a more robust EO data commercialisation platform.

Satellites in space traditionally have a single owner and perform a single function. This can be stifling from a business prospective. The use of blockchain technology, however, in SpaceChain OS has the potential to change this. For example, think of a smart phone. It ships with a pre-installed OS which enables all kinds of applications to run. The smart phone also has a sandbox which separates applications from each other.

SpaceChain has created smart hardware installable onto satellites. SpaceChain OS converts single-operator satellites into multi-tenant ones. The blockchain provides a secure sandbox between multiple space applications. With this in place, users will be able to:

The financial sector has proven that multisignature transactions can be highly robust as a security measure for financial systems. The notion of extending the approach for satellite transmission of digital currencies and smart contracts makes sense.

Perhaps the larger significance is the SpaceChain operating system. SpaceChain has committed that this will be available to anyone, anywhere – while remaining secure and immutable through application of proven blockchain cryptography. In doing so, SpaceChain says its “vision is to remove barriers and allow a global community to access and collaborate in space”.

Earlier in 2019, SpaceChain announced an expansion of its operations in the United Kingdom, specifically to explore opportunities in Europe’s commercial space ecosystem.