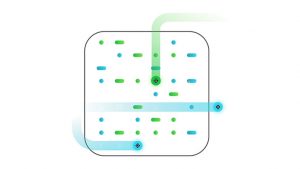 CircleCI has released an integration to Sumo Logic that provides developers with Continuous Intelligence (CI) about their projects. The integration pulls real-time analytical data out of CircleCI jobs and displays it in the Sumo Logic dashboard. As increasing numbers of companies move to DevOps, there is a concern that they lack insight into their pipelines. This integration provides that insight.

Kunal Jain, Product Manager, CircleCI said: “We sit on top of rich data and collect data from lots of sources. This includes a lot of metrics that are running on the platform. This allows customers to get real runtime analytics. If customers are running their pipeline with CircleCI, they can use this to see what they are doing.”

CircleCI has over 30,000 organisations and more then 600,000 developers using its platform. They are delivering code for both Windows and Mac. What they want is to understand how effective their development processes are. This is not just, however, about the development cycle alone. One of the challenges for many organisations is capturing data from operations, help desk and security teams. That data provides information about the reliability of the software throughout its lifecycle.

The CircleCI integration pulls data right off of the individual DevOps pipelines in real-time. It routes that data to Sumo Logic which integrates it into their Continuous Integration dashboard.

The data that comes from the CircleCI integration is then mixed with other data points that Sumo Logic captures. This includes information from operations, system logs, help desk teams and IT security teams.

Sumo Logic brings that data together and then adds a set of intelligence on top of the data. This makes it easier for customers to drill down and understand exactly what the data means. For example, if there is a reliability problem, is it caused by insufficient testing? Is the cause in the development area or is it something that is only identified when the app gets into operations? If it’s a security issue, is this a test failure, a problem with a code library or something more serious?

It also allows customers to benchmark their overall performance against other organisations. This is done using the anonymised data that Sumo Logic provides. Customers can see how efficient their development process is or how many help desk or security issues they have compared to their peers.

Jain said: “It sits in an interesting space between developers and operations. It’s a really good focal point between two tools working together. For operations teams it pushes the right levers so that they can now see the entire stack. It is also about visibility and transparency across the organisation.”

CircleCI integrates using what it calls orbs. These are effectively a macro that run on the CircleCI platform. They can be quickly deployed and written by anyone. This integration with Sumo Logic collects one set of data. Another orb could be used by the security team to import metrics right into their SEIM system.

CircleCI is also encouraging customers to write and distribute orbs through the platform. This should quickly grow the number of orbs that are available. What is not clear, is how CircleCI will manage this. Customer driven code sites are notorious for abandoned projects or projects that are not updated regularly.

Will CircleCI take a leaf from the CloudBees runbook? By reviewing all of the Jenkins plug-ins two years ago, it identified all those that were abandoned or in need of updating. It then contacted the developer to get fixes. Where there was no developer response, it looked at the usage level of the plug-in and encouraged other partners to take on maintenance.

If CircleCI goes down this route, it will make orbs extremely powerful. In the scope of this announcement with Sumo Logic, it will also speed up the extraction of data into the preferred tools its customers have.

Jain’s last statement is arguably the most important here. Anything that improves trust across the various IT teams and the business, is to be welcomed. If this integration between CircleCI and Sumo Logic helps speed up software remediation and feeds into faster software delivery, it will also improve that often fractious relationship between IT and the business.

What is equally important here is the ability to gather this data in real-time from customer pipelines. Security teams, in particular, have struggled to get visibility into DevOps pipelines. It is a major hurdle in making DevSecOps a reality. If CircleCI and Sumo Logic can resolve that then it will give both companies greater traction in the market.