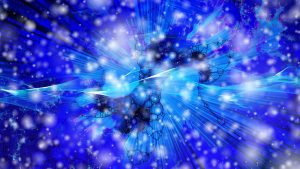 Intelligence Economy, is a phrase that you might readily associate with the big data and analytics community. Not so. It has been in almost continuous use over the last few days at Sumo Logic’s Illuminate conference in San Francisco. The focus is on using real-time data to improve the reliability and security of software.

Kalyan Ramanathan, vice president of product marketing for Sumo Logic said: “Our goal is to help customers build, manage and run apps. Customers are building apps in the cloud using modern technologies, processing and tooling. What we are providing is the intelligence around how they are building, running and securing them.”

What is the Intelligence Economy?

“Modern application and cloud architectures are producing enormous quantities of data pressuring companies to analyze and act upon to drive great customer experiences. We call this, the Intelligence Economy. Companies that fall behind this real-time accountability are mired in an intelligence gap.

It is, in effect, a big data and analytics solution for developers, operations and security teams. It gives organisations visibility into their application and cloud infrastructures. Sumo Logic’s claims it is better than traditional tools because it too is cloud native. That means it can scale at the same speed as its customers.

What is Sumo Logic gathering?

Customers will want to know what data Sumo Logic is gathered and how it is being used. Bruno Kurtic, Founding VP of Product and Strategy, Sumo Logic said:“We are looking at metadata about the customer data. We can identify that a customer is using Kubernetes but know nothing about what is in it.” The latter is key to more than just customer privacy.

The use of metadata to anonymise data is nothing. Telco’s have been doing this for a very long time especially where they have to provide data to governments. Getting the right metadata that provides something valuable is not simple.

Frank Reno, Technical Product Manager, Sumo Logic gave an example of the problem. When talking about his use of EverNote, he admitted to tagging everything. Pretty soon, as the number of tags grew, they became a problem. This is something that Sumo Logic will need to think about.

One reason that customers are struggling to get the right level of analytics from their cloud environments is that they don’t know what metrics to use. The question is will Sumo Logic end up creating all the right metadata tags and metrics customers want? If not, how will it engage with customers to identify what else they need?

Metadata is key to creating benchmarks

Sumo Logic is not just gathering data to help customers see how well they are doing internally. One of its focus areas is the delivery of benchmarks. Ramanathan said: “Customers are hungry for benchmarks. They want to know what is acceptable or out of norm.”

According to Kurtic: “One plan is to be more prescriptive for customers such as what is the best stack. We are going to tell them ‘here is the advisable stack’. Customers can then see how this compares to what other people are doing.”

The expectation is that customers will use these benchmarks to compare themselves to competitors in their industry as well as the wider business world. These benchmarks will be built from the metadata that Sumo Logic has gathered.

Kurtic believes that helping customers use the benchmarks to improve their own performance is where Sumo Logic’s partners come in. They will work with customers to help them transition to the best stack for what they are doing.

When asked if Sumo Logic had run this against themselves and if so what had they discovered. Kurtic responded: “We found areas where our use of infrastructure was not optimised. It allows us to squeeze dollars out of our infrastructure. One example is the over buying of too many instances and by identifying that, Sumo Logic improved its ROI.”

Kurtic continued:“We were also able to leverage this to improve security. We looked at the benchmarks of other users and their experiences. It allowed us to fine tune our security posture.”

Anything that improves the quality and reliability of software is to be welcomed. There have been many organisations who have focused on analytics for developers before. The use of those solutions has, unfortunately, been limited. What Sumo Logic is doing here is different to those previous efforts.

For example, it is only targeting cloud native solutions and cloud infrastructure. This is important. It is seen as a significant knowledge gap by both operations and IT security. Pulling back data that closes that loop for those teams is critical. It also helps developers understand where they are not making the best use of cloud. The idea of being able to benchmark your own development stack against a competitor is interesting.

However, many developers are moving to Platform as a Service (PaaS) environments. What the benchmarks will tell them about how they use the PaaS compared to other people using the same PaaS is unclear. Also unclear is what they could tune.

Bringing a new analytics approach to the software lifecycle is long overdue. Making sure that it can work for everyone involved, developers, project managers, operations, SRE’s, IT security and even the business can only be seen as good news. It will be interesting to see how much take-up there is of this over the next year.

Is Continuous Intelligence the key to better security?

The challenge of container security