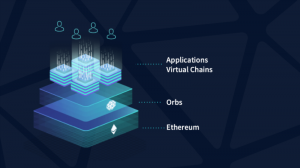 Orbs has launched a production-ready hybrid blockchain environment. Its release satisfies Orbs’ goal to build a requirements-driven, enterprise grade blockchain based entirely on new code. The result, Orbs claims, is a blockchain which addresses fundamental issues of performance and interoperability alongside the needs for true decentralisation.

“I began my blockchain journey looking for a network that would actually allow real businesses to create solutions on decentralized networks, but the product simply didn’t exist,” said Tal Kol, Orbs Co-Founder and technical lead.

“With the launch of Orbs, developers and businesses finally have a system that will enable them to build game changing solutions on the blockchain. It allows a fundamental shift from building for the sake of the movement alone, to building products that can drive immediate impact.”

The Orbs environment includes a stack of tools capable of creating real solutions on a blockchain. This includes:

The importance of virtual chains is that these:

“From the day we began, our goal was to create a blockchain that would actually enable real solutions without sacrificing from decentralization,” said Daniel Peled, Co-Founder and President of Orbs. “The launch is a major step in this process and we look forward to bringing developers and businesses the support and product to maximize the potential of the technology.”

As stated in its original positioning paper, Orbs has always intended to be an open source project. The entire Orbs codebase — >60 repositories — is being made public on GitHub. The Orbs approach is that open source code should not restrict usage, which is why it has adopted the MIT licence (one of the more permissive ones).

This has some significant implications:

The system Orbs is building has developers as its target audience. It is aiming for at least 99.999% stability for developer infrastructure (to be at least equivalent to established cloud services like AWS) though, as it says: “Are we there now? Of course, not”.

In order to keep the ORBS token, and the voting process, safe Orbs is relying on Ethereum. This should allow Orbs to learn in production – while minimising risks to token holders. While Orbs does currently provide a node which runs in ‘audit mode’ – to verify the output of the network without participating actively in the consensus – it sees value in adding such functionality. It says it plans to offer it in ‘upcoming months’.

The objectives of Orbs look and sound good. The need for development and tools support for blockchain are definitely a requirement. From this viewpoint, never mind the decentralisation capabilities described, Orbs should interest enterprises.