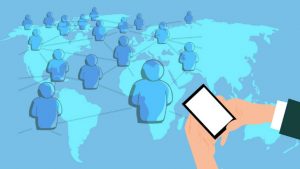 If hindsight is 20/20 vision, can the melee of announcements and exhibitor displays at this year’s Mobile World Congress provide us with the foresight for the year ahead and what to expect at MWC20?

As a conference, Mobile World Congress (MWC) has built a reputation for providing a window on innovation and market direction in the communication arena. Every year, the conference has grown both in stature, audience attendance and topic focus. It is no longer simply a conference for the telecoms and mobile operators and handset providers with exhibitors coming from key industry sectors like manufacturing, healthcare, automotive through to independent software vendors (ISVs), system integrators and consultancies and special interest communities. The conference’s impact and influence has seen greater representation from different countries industry business consortiums and is such that there is representation from the United Nations and other globally focused groups. Even CEOs of global brands now make time for an appearance at the show.

The CIC analysts team that attended MWC19 reflect on what they saw and heard to offer a clue to the future coming. In listening to the CIC MWC19 podcasts conducted at the conference there is a definite theme that gives rise to what MWC20 might have in store.

“AT&T at MWC19 – A platform for making money from the Internet of Things (IoT) the Telco way”, highlights the very real way that a Telecom operator such as AT&T can make good business from IoT with strong valued based partner interactions.

“Zeetta Networks at MWC19 – The network innovations that’s propelling them forward and what’s holding back 5G”, looks at how MWC19 is reflecting new thinking and changed approaches in the telecommunication industry.

In brief – summary insights from our analysts.

Anyone who has pounded the halls of the annual Mobile World Congress held at Barcelona’s sprawling Fira conference centre in last week of February, will know the sheer scale of the event and the overwhelming amount of information and products on display. Don’t be fooled by the 4 days posted as the official duration of the conference. MWC started in earnest on the Sunday with a pre-conference day that was packed with mini subject matter events, pre-announcements and sneak peaks.  The paradox of the event is that from the vantage of the conference footprint, the number of exhibitors, the country trade and regulatory bodies present and products and solutions on display, the 5 days the conference spans doesn’t seem long enough. And yet most who attend will feel done in after 2 days even if ones schedule wasn’t packed with meetings that require traversing the 1km stretch of conference halls multiple times. There is just too much to see and hear.

In the cacophony of announcements and the melee of stands with their different messages and focal points it can be hard to decipher what is really being said to ascertain the value being offered.

But there were signals in all the noise that offer some clues as to where the technology market (digital, information and communication) and the conference may be heading.

Ahead of 5G the reality is that more can and is being done with what is in place. Attending the GSMA’s  pre-conference event on Mobile Internet of Things (IoT) held on the Sunday, I was struck by just how much had been achieved with Mobile IoT networks  – LTE-M and Narrow Band IoT.  The GSMA provided a roll-call of Mobile IoT achievements – e.g.  47 IoT labs in 21 countries, 94 commercial launches etc.

Attending previous MWCs where IoT was talked about a lot, the quote ‘Show me the money’ from the film ‘Jerry Maguire’ would constantly play in my head – it regularly does even now.  However, for me MWC19 showcased a lot more commercial potential and realities for technology initiatives such as IoT and Edge computing and how the cloud model was really making a difference. Perhaps the most pressing theme was the fact there is a lot more to be gained from what is already in place. The new, in terms of forward thinking solutions, operational expansion and product capabilities is actually being delivered today by what we have today.

In a market that is inundated with technology with the pressure to absorb more and more in order to move fast forward – slowing down to take stock and exploring the capabilities already available to innovate must surely be one signal worth exploring.

I left a lot less disappointed than usual, actually for once, I left very hopeful – but it had nothing to do with 5G.  There’s a lot more fire left in this industry.

I’ve been in the telco industry in various guises for the last 22 years and attended mobile world congress since 2011.  As I moved around congress this year, two glaring thoughts hit me repeatedly:

It was interesting therefore that the biggest news was not the technology but the way in which operators and the rest of the ecosystem are approaching how industry boundaries are being redrawn.  Because it truly feels that there’s a lot more life in this industry if it drops its “G” obsession.

The theme of this year’s MWC (25-28 March) was perhaps that there was no theme. The newly rebranded MWC (no longer Mobile World Congress) has evolved from a conference specifically for the telecommunications industry to become all things to all men.

This year one could find exhibitors promoting everything from mobile to Blockchain to Artificial Intelligence (AI). Internet of Things (IoT) is not even new, there was a garden dedicated to showing off a connected lawnmower.

The rebrand may reflect that the organisers – GSMA – have recognised this is now far more than a telco event. Instead it is a massive tech conference to rival the likes of CES, Hannover Messe or SXSW. While this increases the audience, it runs the risk of becoming unfocused and susceptible to the major exhibitors thinking that their message is lost in the noise.

There was a time when the likes of Samsung, LG, Huawei announced their new products on the Sunday. This year, Samsung announced their folding phone almost a week before. If people start to feel that their big news is being drowned out, they may decide to go their own way – like Apple has always done.

There’s little chance of that any time soon. In fact, Microsoft – who usually run their own launch events – chose MWC to show-off HoloLens 2. MWC’s place in the calendar is safe for a while yet, but it will be interesting to see how the GSMA embrace the new change and avoid the event stagnating or becoming too big for itself – like what happened to SXSW. For now, for many of us MWC is more relevant than ever.

The blog was written by Bola Rotibi, Research Director at CiC and the CiC analysts that attended the event. It was first published by Creative Intellect Consulting and is reused here with permission.