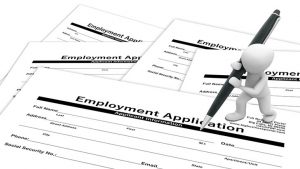 Online job search engine Adzuna has been looking at the gender bias in recruitment ads. Despite legislation to prevent gender bias and companies professing their commitment to diversity and inclusion, Adzuna’s research hits a nerve. It demonstrates that binary gender bias (male/female) is commonplace. It also raised a wider question as to how we choose language that is truly neutral and deals with all gender choices.

Andrew Hunter, co-founder of Adzuna, commented: “With studies showing the use of such ‘masculine’ words in job ads directly discourage female applicants and our data revealing 60% of job ads are sexist towards women by using male-biased language, UK industries need to be more conscious about language during their recruitment process.

“Gendered wording in job adverts can have the effect of supporting the gender imbalance within industries that are already perceived as being male-dominated. While it is encouraging to see a general trend towards neutral language over the past few years, several industries need to make more of an active effort to combat gender-bias within their ads in order to subliminally encourage female talent.”

The study that Hunter refers to is by Gaucher, Friesen and Kay. It looked at applicants responding to job adverts based on the gendered wording. It identified male-coded words such as ‘lead’ and ‘dominant’. This was enough to skew the majority of responses to male job seekers. It also identified female-coded words such as ‘sensitive’ and ‘affectionate’ that skewed results the other way.

The Adzuna survey used over 170 traditionally masculine and feminine works cited in the above study. The top ten that is found used in job adverts are:

The researchers say that the key is the base meaning for words that determines the gender response. For example, in the above table ‘ambitio*’ stands for ambition and ambitious. It was used to streamline the data mining as different iterations of the words above have the same meaning.

What did the survey show about gender bias?

Using this data, Adzuna tools 1.2 million job adverts in the UK for each of the years 2014-2018. It discovered that 60% of UK industries exhibit male-bias in the wording used in job adverts. When it looked more closely, it appears that the problem exists in virtually every job advert. Adzuna claims that each job advert in the UK uses on average 17% more male than female-biased words.

The table below shows all the sectors where job adverts were analysed. A number above 1 indicates male bias while below 1 indicates female bias.

Some industries stand out as being anomalous. For example Admin, Creative & Design, Hospitality & Catering, HR & Recruitment, PR and Travel. These are all areas where most people would traditionally expect to see more women than men. It shows that despite the wording of the job adverts, job interviews and final selection have their own bias.

In the case of Sales, it is interesting that there is a separate Retail category. In this case the Sales jobs are more office-based which would explain the bias from the research.

Is this conscious or unconscious bias?

The issue of conscious and unconscious bias has become a favourite at conference in the last few years. Part of the drive for that discussion is the acceptance that we need a more balanced workforce. With companies struggling to attract new talent, many are voicing concerns that they are appealing to the wrong demographic.

This subject has also dominated the discussion of whether AI will help or reinforce stereotypes and bias. The problem for AI is that it relies on the data set it uses as source data. It would be interesting to see if an AI fed the 6 million adverts that Adzuna looked at, would end up reducing or strengthening the gender bias. Current research suggests that without significant curation of results, it would strengthen it.

It is not just AI that is seeking to solve this problem. Talent Science is something that Dr Jill Strange, Infor, talked about to Enterprise Times. It seeks to improve the success rate of getting the right person into a role. Importantly, this is not about creating clones of incumbents but encompasses the need for diversity.

Not just about gender

This is not just an issue about gender. The use of language in job adverts has been in the spotlight for years. Most countries have laws that preclude any form of discrimination be that gender, race, religion or age. Enforcing those laws is not simple but to create a more diverse environment, companies need to invest not just in process and words, but actions.

When Enterprise Times interviewed Emily Swiatek from the National Autism Society she called out the use of language. The example she gave was asking someone to do the best job they could by Friday. For some, those are conflicting goals. Do you want the best job or do you want it by Friday.

Diversity is also about inclusivity, something that Aubrey Blanche, Atlassian has spoken about with Enterprise Times on several occasions. In our most recent podcast with Blanche, she talked about how the challenge has now evolved to be diversity, inclusivity and belonging.

The new generation of workers entering the workforce are not just looking for a pay out. They have specific goals of their own that they want to be met. These are wide ranging and cover everything from ethics to corporate social responsibility. The latter includes environmental policies and what a company gives back.

More importantly, it is a generation that is continuing to roll back the stereotypes of today and the past. It is more accepting of gender differences and equality. It expects employers to pay fairly and wants to see a fairer distribution of income. In some industries, such as the tech sector, it is increasingly finding employers that share those values.

For employers in other sectors who are struggling to attract key talent, there is a lesson here. Organisations need to remove bias, conscious and unconscious and make sure that all employees are treated fairly. If not, they will struggle to attract the talent to drive the business forward.

As Hunter says: “Unconscious bias may lead to accidental discrimination, but there is no excuse in 2019. It’s time for employers to go back to the drawing board and redesign their recruitment basics in order to keep up with the times. We’re already seeing movement being made towards gender equality when it comes to pay; why should attracting talent be any different?”