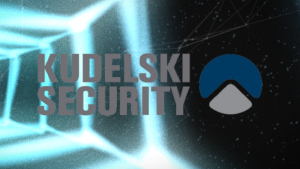 Kudelski Security, the cybersecurity division of the Kudelski Group, has launched a ‘Blockchain Security Center’ (BSC). This aims to make available cryptography expertise to an evolving blockchain developer community. Expanding upon existing Kudelski’s security services, the BSC will provide offerings and a roadmap to facilitate the integration of security into and around blockchain solutions for enterprises and within public/private sectors.

“While transactions on a blockchain are protected by proven mathematics, security is quite often forgotten and not necessarily integrated into the associated applications, processes, systems and technology. This is where we come in … to help companies operating in the digital finance, communications and IoT space secure their products using tested methodologies and common sense approaches, to deliver better performance and greater trust to the end user. We do not simply look at the code; we work with the entire set of components present with an ecosystem of manufacturers, end-users, enterprises, and code-creators.”

The Kudelski BSC wishes to develop:

All these have the objective of supporting the entire blockchain ecosystem and, in so doing, offer greater confidence to CXOs as well as investors. Engineers and blockchain developers will be able to design, build and run secure applications using the BSC technology.

Kudelski and its blockchain experience

With 30+ years’ of experience in cryptographic design (including in silicon, software and development) Kudelski has performed work which includes:

Publicly acknowledged initiatives where Kudelski has had involvement, include:

Speaking on the launch of the BSC, Rich Fennessy, CEO of Kudelski Security said: “Enterprises are exploring the technology in earnest, and new blockchain-based solutions are being developed every day. Leveraging our cryptography expertise and experience in blockchain security consulting, we have made it our mission to improve blockchain security so that emerging solutions enhance overall enterprise cybersecurity, rather than generate new vulnerabilities.”

Many proclaim the significance of blockchain, particularly referencing the potential to revolutionise business processes and create new efficiencies. Some believe that blockchain will supercharge the application of technology across all industries and sectors and Gartner Group has even predicted blockchain value-enabled business to reach $3.1 trillion by 2030.

Whether such anticipated expansion is realistic matters less than executives, investors and other interested parties (employees, suppliers, customers – for example) having access to informed (as opposed to opinionated) as well as research-based advice. Will the Kudelski BSC be such a source of good information? That remains to be seen. Nevertheless, the Kudelski concept is sound and there is will be an appetite for what is aspires to offer.