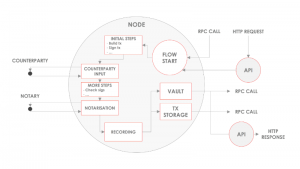 ING Bank has agreed a five-year deal with R3 for an unlimited number of Corda Enterprise licenses. The objective is to encourage adoption of CorDapps across a wide range of bank-related business functions. The deal will enable ING to roll out access to Corda Enterprise throughout the Bank globally and deploy production-ready CorDapps.

In addition to taking a proactive position on blockchain technology, ING is building a reputation as an innovator in financial services. As part of its commitment to innovate it has built teams to explore the benefits of various technologies. Besides blockchain these include artificial intelligence and the Internet of Things (IoT).

Annerie Vreugdenhil, Head of Innovation for wholesale banking at ING, said: “Our longstanding joint journey with R3 has proven that this is the most mature enterprise DLT solution to serve the needs of the financial service industry. Strengthening our partnership, by signing this licencing agreement, marks a huge milestone towards empowering clients to transition to a distributed economy. We are one step closer to deploying live DLT solutions for our clients with the supported infrastructure in place.”

CorDapps (Corda Distributed Applications) are distributed applications which run on the Corda platform. A CorDapp:

CorDapps have the following components:

Each CorDapp installs at the level of the individual node (rather than on the network itself). An example given by R3 is a node owner may choose to install the Bond Trading CorDapp, with the following components:

After installing such a CorDapp, the node owner will be able to use the flows defined by the CorDapp to agree ledger updates related to:

CorDapps in production on Corda Enterprise exist to cover a range of financial services activities, including:

With these licences ING intends to adopt CorDapps across multiple of its business areas. In so doing this will facilitate a wider adoption of Corda Enterprise.

Corda Enterprise is a commercial distribution of Corda, R3’s open source blockchain platform. Designed specifically to meet the demands of modern-day larger businesses, it seeks to leverage features like:

To do this Corda Enterprise adds features targeted at the needs of large and complex organisations, such:

David E. Rutter, CEO of R3, said “ING has been an enthusiastic adopter of blockchain technology and a valued long-term partner to R3. For example, in trade finance, it was involved in the first live trade on Project Voltron. It was also one of the participants in the first live securities lending transaction on blockchain through HQLAx. As ING takes full advantage of access to Corda Enterprise, we look forward to seeing how the diverse CorDapp ecosystem can deliver gains in productivity, efficiency and profitability across the bank’s diverse business areas.”

R3 is an enterprise blockchain software firm. It works with an ecosystem of some 300 members. It partners across multiple industries – from both the private and public sectors – to encourage participants to develop on:

The adoption of Corda Enterprise and CorDapps is a major win for R3. In effect a major bank has committed substantial resources to introducing blockchain-based activities into its core businesses. Such commitments, thus far, are rare (and the “support for industry-standard enterprise databases” will be crucial).

Though the expectation must be that it will be 2+ years before there is visibility into the consequences, the success (or otherwise) is likely to be a harbinger which other financial services businesses will follow. Watch the ING space.