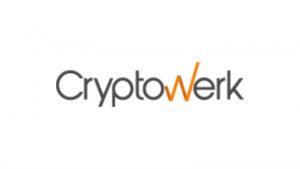 Cryptowerk is to use blockchains to authenticate digital assets. It has introduced Cryptowerk Seal as a blockchain-as-a-service (BaaS) solution. This creates an immutable seal for any form of digital assets where the cloud service writes digital seals or ‘fingerprints’ of the data onto one or more blockchains at speeds of up to one million times per second. The result is a tamper-proof chain of custody relevant to large-scale enterprise applications. With this digital seal, every product (or process or transaction) can match to its original, thereby verifying proof of integrity.

“When transmitting digital documents via our Next Generation Document Exchange (NGDX), our customers need to know that the documents have not been purposely or inadvertently tampered with during the transmission process,” said Stephan Leschke, Chief Executive Officer of Ferrari Electronic AG.

“The ability to provide a Cryptowerk Seal to the shared digital assets builds and reinforces trust between business partners using the Ferrari Electronic NGDX system.”

From data to digital assets

To date, IT has focused on unauthorised data access. Recent events, and new applications for technology, have illustrated a need for data integrity, but delivered in a way which can detect or deter data tampering. The risk is not only about data exfiltration. As dangerous are hackers who seek to tamper with data in order to serve their nefarious purpose. The challenge is not just about unauthorized access but also about safeguarding the chain of custody for every digital asset.

In this context, Cryptowerk Seal creates a digital seal for each asset. It bases this on customer-generated SHA hashes, which is then stored on any public, private or hybrid blockchain:

“It’s no longer sufficient to know that your digital assets have been hacked. If you don’t know what’s been done to them, they’re essentially toxic,” said Dirk Kanngiesser, Co-Founder and Chief Executive Officer of Cryptowerk. “Businesses must be able to verify that their data is unaltered and pristine. As a result, companies are able to do business with each other in a trusted, secure and auditable way.”

Many criticise blockchains for being slow, expensive and complex. Cryptowerk’s ‘sealing technology; addresses these reservations. Cryptowerk Seal writes up to one million transactions per second to any blockchain (with a cost of less than at a fraction of a penny or cent per transaction). This applies also to Bitcoin and Ethereum.

For maximum reliability and redundancy, Cryptowerk writes in parallel to both of these blockchains. This approach integrates easily into existing environments. It connects to:

The importance of detecting and deterring data tampering is central. Estonia embeds the Guardtime approach in its digital infrastructure. But Guardtime requires specialised, and expensive, hardware.

In contrast, the Cryptowerk Seal uses BaaS, which avoids the need for such hardware. In addition, Cryptowerk Seal is now available as a free trial, with subscription licensing for production deployment (pricing depends on the maximum number of transactions per month). As such it is a welcome addition to the enterprise blockchain toolkit, and if the promise of working with multiple blockchain implementations is accurate, then it will extend blockchain accessability.