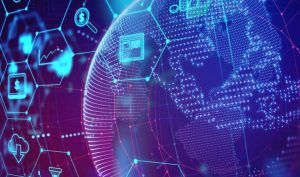 BBVA and Red Eléctrica, of Spain, have participated in a syndicated loan using blockchain. The €150m deal – granted by BBVA, BNP Paribas and MUFG – was delivered in record time (according to BBVA) using BBVA’s proprietary distributed ledger technology (DLT) platform.

According to Teresa Quirós, CFO of Red Eléctrica: “this transaction is part of the our company’s initiative to push digital transformation and innovation as levers for growth and efficiency, enabling us to address the challenges that the changing energy environment represents to our company”.

BBVA claims this as a global first (although, arguably, Daimler AG and Landesbank Baden-Württemberg  were earlier and similar). The transaction represents one of a series of achievements within group of pilots underway to explore potential applications of DLT.

The whole loan facility’s negotiation process closed over the blockchain network. This enabled a significant expediting of what traditionally is a long, drawn out paper-based process – while ensuring full documentation tracking and negotiation transparency. For BBVA the use of blockchain is about innovation aimed at:

Blockchain enables lenders to approve corporate loans far faster than before. Digital transformation in effect creates opportunities for business improvement and BBVA has made a commitment to technologies, such as blockchain, which assist it to offer innovative financing approaches to its corporate clients.

The advantages which Blockchain offers are most tangible in processes which involve a substantial number of parties, such as in syndicated funding projects. This transaction used a private blockchain network through which six (highly prepared) entities participated:

Collaboration is critical to reach agreement for these types of financial deals, especially for the deployment of the different nodes which make up the private network. Beyond the transaction itself, BBVA says it and the other participating parties have shared and learnt by taking part in a real-life syndicated loan.

In practice each step of the negotiation recorded on the DLT network, along with a user code and timestamp (which identifies the moment at which a given event occurred). Thus, all nodes participating in the private blockchain network (Hyperledger) have access and share the same relevant information pertinent to the negotiation process. This means they stayed informed about the status and progress – because they could rely on the immutability of the information.

Once the loan contract signed, a unique document identifier was recorded in Ethereum’s public blockchain network (specifically, in its test network, ‘testnet’) to guarantee immutability while safeguarding its confidentiality at all times.

Ricardo Laiseca, Head of Global Finance at BBVA said, “BBVA is simplifying the processes related to corporate financing and is betting on the use of new technologies, like blockchain, to digitize loan negotiations and contracting. We work with our corporate clients to be able to provide them with the most innovative financing solutions.”

Ignoring the BBVA claims of a ‘global first’ (so many in the blockchain area assert they are first), this is an achievement – because it resulted in a real loan.  Red Eléctrica will have achieved its objective.

Two tangential points emerge from this. The first relates to the use of a private, permissioned Hyperledger-based blockchain: this makes sense, once all loan participants are ready. Which leads to the second point: what BBVA does not explore is the amount of effort “through which six (highly prepared)” parties were able to work together. If this aspect demands too much effort the ‘cure’ might be worse than ‘the paper problem’. On the other hand, presumably, these six parties have arrangements in place such that, second and subsequent loans arranging will be simpler: a participant need only prepare once.