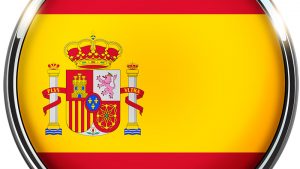 In a remarkable proposal 133 diputados (MP equivalents) of the Spanish Congreso (lower house of Parliament) proposed the use of blockchain for Spanish governance improvement. These 133 members all come from the Partido Popular (PP) which recently fell from power after withering assessments about corruption from the top Spanish Court adjudging the ‘caso Gürtel’. Years of corruption allegations against the Partido Popular came to a head when that court ruled the PP had financially benefited from illegal kickback schemes.

According to the proposal (to be found here, in Spanish): “The Public Administration could also benefit from these technologies. The introduction of Blockchain – in administrative concessions, contracting or internal processes – will encourage greater control, traceability and transparency in the processes. In addition, the use of this technology can also bring extra revenue to the Administration through the promotion of new models of exchange of rights in sectors such as logistics, tourism or infrastructure.”

The PP’s proposal, and it is no more than a proposal, urges the (replacing) government to:

These are worthy, if rather vague, objectives. As part of the submission to the Congreso it goes on to say: “Therefore, we must promote the measures that are appropriate for this new concept of service exchange to survive and be introduced with force in the digital world in order to guarantee the security, efficiency and transparency of all transactions in the network.”

The proposal references BBVA with “Coimbase”, Bankinter with “Coinffeine” and Santander with “Utility Settlement Coin”.

This proposal shocks, in multiple ways.

The most obvious is its origin, from the disgraced PP. This really does sound as if the kettle is calling the pot black.

The PP now languishes among the dubious fruits of decades of organised corruption (there are multiple court cases still ongoing). The electorate is contemptuous of its probity. It does not help that one of the principle figure in the ‘caso Gürtel’ was a past PP treasurer who ‘administered’ the collection and distribution of illegal funds (he received a 33 year sentence along with with a fine of Euros 44M).

The obvious objection is size. All central governments (and most local ones) are large and unwieldy. Yet the PP suggestion (conceptually) also satisfies the last three of the Enterprise Times’ criteria for blockchain success: