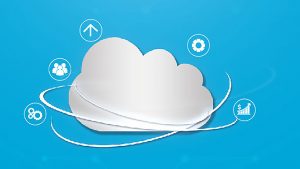 This latest version of InCloud OS is based on OpenStack Ocata which was formally launched in February 2017. Since then, Inspur has been working to port all of its apps and add new features to the OS. This latest version is aimed at customers with large-scale deployments of OpenStack including enterprise customers moving to hybrid cloud.

Jay Zhang, vice president of Inspur said: “The growth of OpenStack in China is impressive. Over the next five years, we expect a CAGR of 40 percent for this market segment. Ongoing development of standardized APIs and excellent heterogeneous resource management and programmability are key drivers in the thriving OpenStack ecosystem, and Inspur plans to maintain and expand its OpenStack leadership, taking full advantage of this growth trend.”

2017 saw Inspur emerge as China’s leading server and cloud software provider. Different reports from IDC and Gartner made it the leading server provider and number three in the world in terms of revenue and shipments. That growth in hardware sales will surprise many as it is less well known outside China than companies such as Huawei and Lenovo.

Alongside the server growth has come significant investment in software and particularly cloud. Back in 2010, Inspur started to develop its own InCloud OS. It abandoned that work in 2013 when it moved across to OpenStack. Since then it has been selling InCloud OpenStack to cloud providers, telecoms and enterprise customers. The latter is the important piece here.

Many analysts are less than bullish about OpenStack in the enterprise space. While this might be the case outside of China, it is certainly different there. Large Chinese cloud providers have bought into OpenStack and that means that enterprise customers also want it for their private clouds. Inspur claims to have more than 4,000 enterprise customers on its InCloud OS.

What is in Inspur InCloud OpenStack v5.5?

As well as migrating to OpenStack Ocata, Inspur has added full support for Kubernetes. This will ensure that any customers who want to use containers can bring them to the InCloud platform and use them across other cloud environments.

One of the key targets for Inspur is large-scale deployment. With InCloud OpenStack 5.5 it is able to support multiple data centers. The company claims that it has already tested an OpenStack deployment with around 1,000 nodes in a single region for a non-telecom customer and a total of more than 1,400 nodes are in production.

In addition to scale-out, Inspur is providing:

OpenStack is picking up momentum. The number of deployments is increasing year on year and it continues to attract new partners and vendors to the platform. The success of Inspur in both its hardware and cloud OS markets is interesting. It is shipping many of its servers preconfigured with InCloud OpenStack and this has helped drive adoption across both cloud providers and enterprise customers.

Inspur is playing a careful game. It could have risked a jump to OpenStack Queens which released a few months ago. Instead it chose the safer route of working with a version that is stable and which it has been able to test extensively. This will help it gain access to new customers especially in its target markets of financial services where companies do not want to take chances.

One surprise from this announcement is any details of a deal with IBM. Inspur is an OpenPOWER partner and it would make sense to see it deliver InCloud OpenStack v5.5 on top of the IBM POWER platform. This would allow Inspur customers to deploy onto IBM Cloud bare metal servers as part of their cloud solutions. Given Inspur’s growth in China, this is something that IBM may want to do in order to extend its customer base in the region.

It is worth noting that no matter how successful Inspur is, the majority of its sales and customers are in China. The OSF needs to see other hardware manufacturers adopt the Inspur approach if it is to make similar inroads into the enterprise space outside of China.