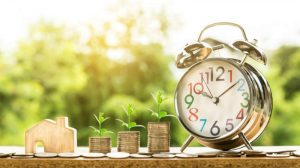 The first day of QuickBooks Connect London is aimed at accountants and bookkeepers rather than end users. ET spoke to Chris Reeve, Managing Director of Gascoynes, an accountancy firm based in Bury St Edmunds, Suffolk.

Reeve has worked at Gascoynes since 1991, rising through the ranks to take over the business in 2013.

Since then he has increased the business, doubling it in size and has ambitions for further growth. He has managed at least three acquisitions and added offices in Ipswich and Stowmarket.

Moving to the cloud

Reeve has been championing QuickBooks since 1995 and has most of his client base running their software. Initially on QuickBooks Desktop, he has now converted the majority of the client base to QuickBooks Online. For all the talk that small businesses are hesitant to move to the cloud Reeve has more than 200 customers using the cloud solution.

We asked Reeve how he achieved the transition of his customer base. He said: “I am quite good at selling in the end. What we found was that we had so many clients on desktop, they would send us the books, we would change them, we would send them back and then they would do it wrong. I said ‘look can we quit all this’. We moved nearly everyone who was on desktop to online straight away. We got 80 on there quite quickly.”

If that was the driver within his business how did he persuade his customers. He pointed out to those on older versions that they could either spend around £300 on what could be a painful upgrade or move to a cloud solution that would only cost £9.99 a month. This seemed to win them over.

Reeve explained another advantage of being an internet enabled business.  His customers are not all located in and around the three offices in Stowmarket, Ipswich and Bury St Edmunds. Local referrals obviously help for around 70% of the business, but the remainder are spread geographically, some in London and one in Malaysia.

Reeve explained: “They wanted QuickBooks Desktop help in 2004. I just got a random email that I nearly deleted and they are our one of our biggest clients.”

The world is a lot closer today than it ever has been. Accountants with the right skill sets can find, as Reeve has proved, customers from anywhere.

Gascoynes still has one larger client using Sage software and three using Xero. This is why he was happy to see the new functionality in the practise management software that allows accountants to manage not just users or QuickBooks online but also other software as well. With the introduction of QuickBooks Self-employed to QBOA he can see a big opportunity opening up as well.

He commented: “It was really good to hear that they were bringing it on for all clients not just QuickBooks clients and I think that gives a really good indication of what Intuit are trying to do for accountants.”

So what does he expect to see from QuickBooks and Intuit looking forward?

“Just continual product development and keep adding the apps that will help us with clients. A lot of our clients love Satago. That is a really good app. It automatically chases for money and it is free. The finance part is chargeable on it. We sit with the client and set up the boundaries of it and it just chases their clients for money in the background. The clients love it.”

There were several sessions about Making Tax Digital (MTD). The VAT and tax elements are ready for SME’s to start testing now. The VAT element is due to go live in 2019 for those companies that are registered for VAT and cross the threshold. The tax stream was deferred and is looking as though it might coming in 2020 now. So what does Reeve think about MTD?

“I have said that I am really relaxed on things. Everyone is putting loads and load of work into it. I stepped back and I could just see that nothing was going to happen at first you could see it was going to be delayed.

“I think it is definitely going to happen, make an impact and people are going to have to get their house in order. It is going to be really good for accountants because the level of the record keeping and bookkeeping has to improve to tie in. QuickBooks Self-Employed is kicking in in about 2-3 weeks time. We are going to be launching our own self-employed section within Gascoynes for that. We will be trying to push people on the self-employed software to get people ready for MTD.”

Reeve also sees landlords as a key sector to target. This is partly due to the another factor according to Reeve: “Just because, in the last three years people have needs their end of year tax figures for when they re-mortgage. The banks want up to day figures You get people coming in during May to know what their figures are. We have not had a major rush in January for the last three years really.”

So does he have any concerns around MTD? “It does concern me on fee levels where you have to do multiple returns. It is increasing red tape”

This may be a valid point, though there is an argument that if everything is set up using software each quarter end should run smoothly. It will also deliver four small bumps in the process rather than the massive hill for many accountants.

It is clear that both MTD and GDPR are coming. While many froth about firms having to have done something by now Reeve is more relaxed. He feels that its about the right time to do something and has a plan in place to support his clients through both pieces of legislation.

He is also happy about where QuickBooks are as a software vendor. While he may not have been the first to champion and use the practice management software, he is now looking to take advantage of it. One suspects that far more accountants will have done so by the next QBConnect in a years time.