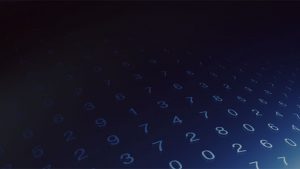 Certificate Authority DigiCert has migrated over 75% of Symantec-brand enterprise SSL customers. It is also claiming that the majority of SMB customers have now completed pre-validation to simplify certificate issuance. This is good news for DigiCert who acquired the Symantec digital certificate business in August 2017. It also provides welcome relief after the news that one of its partners, Trustico, announced it was abandoning it.

In the press release, DigiCert also says its new certificates are now compliant with Google’s requirements. It means that users of Symantec, Thawte, GeoTrust and RapidSSL certificates can now get updated certificates that will work after Google Chrome 66 ships in a couple of weeks.

According to Jeremy Rowley, EVP of Product for DigiCert: “DigiCert has taken the necessary steps to address the needs of the browser community and is operating a program to simplify certificate issuance from trusted roots that allows Symantec certificate holders to continue their security operations with the fewest impacts.”

When DigiCert acquired the Symantec Certificate Authority business last year it took a gamble. Symantec was locked in a major public row with Google over the way it ran the certificate issuing part of the business. The resolution meant that Symantec agreed to no longer issue certificates directly. As such it looked to sell off the business that included all its own brand certificates and those from businesses it had purchased including Thawte, RapidSSL and GeoTrust.

DigiCert acquired the business and set about rebuilding confidence. Its first challenge was convincing Google that it had solved the Symantec problems. In December, it announced that it had met the browser requirements for issuing new certificates through the former Symantec business units. It followed that two weeks ago by releasing a tool to facilitate the replacement of those older certificates.

Rowley said: “There is no need to learn new systems, work with new account representatives, and worry about negotiating new contracts. We have grown our support and validation team and undergone additional training so they can help customers and partners with questions they have as they replace affected Symantec-issued certificates.”

All of this has created uncertainty. DigiCert now believes that it is over the worst and things can only get better. Having renewed 75% of enterprises ahead of the release of Google Chrome 66 on March 15th is good news. The question will be can it migrate the remaining 25% or has it lost that business elsewhere.

It is also saying that the majority of SMB customers have updated their certificates. However, it gives no figure for what majority means. That business has come under significant pressure from its competitors and their partners. Despite this it is claiming that it has strengthened its position as Europe’s leading issuer of SSL certificates.

It has not been a smooth process but it appears that that DigiCert has done enough to protect its investment. That is good news for both DigiCert and the customer base. The key will be ensuring that no customers are left behind as the Google Chrome 66 gets closer to release.