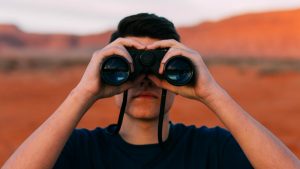 Three years after its first Capital Markets day, Sage held Capital Markets day 2018 in London this week. Stephen Kelly, CEO, Sage Group Plc introduced his strategic plan and mission for Sage for the next few years. He also took a little time to look back on the achievements to date. Kelly reiterated that “It is the long term vision for Sage to emerge as the long term market leader.”

These may seem lofty ambitions for a British company in a market dominated by mainly US based firms. The notable exception being SAP. However, Sage is one of the largest ERP companies in the market with a huge number of customers. In some tables it is in the top three.

Kelly was keen to point out that Sage does not have a single competitor that operates in all of its markets. He defined those markets as “start-up” through “scale up” to “enterprise”, across 23 countries and in a multitude of industry sectors. Their product set also includes applications from accounting and financials, people, payroll, payments and banking.

While that may be the case, it does have some significant competition for most of its products individually. Some of them, such as Sage Enterprise Management (Sage X3), face a sea of competition. At the SME end of the market both Xero and Quickbooks has a significant share of certain markets Sage operate in and are a significant threat.

What are they aiming to do

Sage just released their fiscal 2018 Q1 results. They were slightly disappointing and the shares dropped as a result. However, in the longer term Sage are aiming for at least 10% growth. In the medium term (FY18) that revenue growth target is 8% and an organic operating margin of 27%.

Steve Hare took analysts through the plan to migrate existing customers of Sage on-premises solutions to the cloud. He believes that they can add between £200 – £270 million in additional revenue from existing customers. This growth could double from new business.

There will also be additional savings from driving down costs. In an organisation that was once running at 20% G&A costs, his aim is to reduce that to 10%. Those additional savings will either be used to increase profits or increase the sales and marketing spend to drive additional growth. It is a decision that Hare was keen to stress will only be made at the appropriate time.

How will they achieve it

One of the criticisms levelled at Sage is the confusion around their products. Kelly is aiming to change that. It launched the Sage Business Cloud last year. Within that umbrella it is now renaming its legacy products with new brand names, that should help identify their target market. The changes are:

In some ways this is a risk as Sage X3 especially has a strong brand name. However Sage may feel that it doesn’t evoke the idea of what it actually does to potential customers.

Keith Robinson, EVP Strategy at Sage took to the stage next and gave a passionate endorsement of the company he joined soon after he attended the Capital Markets 2015 as an investor/analyst. He strongly believes that Sage has all the assets it needs to take advantage of the growth in cloud across all its market.

He also believes that many companies are reaching the tipping point of cloud spend. Citing an IDC report he revealed that more and more companies are investing in cloud vs on-premises (US – 49%, UK 34%, France 26% and Spain 12%). Importantly those percentages are growing steadily.

One of the key components for Sage’s growth is Sage Intacct. Rob Reid, EVP and Managing Director at Sage Intacct exposed the strength of the cloud based ERP company he once ran as CEO.

Sage Intacct is the most mature cloud solution that Sage has and its still selling well in the US. On international expansion, one of the reasons that Sage Intacct was willing to be bought by Sage was that the software would be available in fiscal year 2019. Expansion into other countries will follow afterwards. Fiscal year 2019 for Sage starts in October 2018. Coincidentally the Sage Intacct annual conference, Advantage 18 is to be held next October in Nashville. It could be one of the main announcements in the key note.

How will they measure success

Hare also unveiled a new set of key performance indicators that Sage will use going forward. These include Contract Renewal by value, Sage Business Cloud ARR and Margin, and also Cost savings and reinvestments. Sage are still hesitant to provide detailed breakdowns of progress by software solution and geography, though they do break out some revenue figures. How far back historically Hare reveals the figures for these new metrics will be closely watched. It will almost certainly get asked what percentage of growth is determined by its more mature cloud products Sage Intacct and Sage People (both acquisitions).

There was nothing revolutionary about the messaging that Sage put across. Kelly believes that he now has the right senior management team in place to drive the company forward. It is developing a single culture with the help of the Sage Foundation and internal investments such as the one it made in Salesforce.

There was little mention of its other, historical product lines and their future. Though Sage 50 cloud and Sage 200 cloud were mentioned, they are not currently part of the Sage business cloud. That is an issue that we will look to Sage to give some clarity on going forward. What will it do with these older solutions? Will they be invested in or merely maintained (a fairly expensive undertaking in itself just to remain compliant)?

The proof for analysts and investors will be in the figures. Another question is are the growth projections for Sage are enough to win top spot?  Allied Market research estimate the global ERP market will be $41.69 billion by 2020, with a growth of 7.2 CAGR between 2014 and 2020. The Sage growth target is barely above that and if a competitor can grow significantly faster than Sage it may lose out.

The biggest threat may come from NetSuite. It operates in the “scale up” and “enterprise” segments and with the backing of Oracle is set to grow rapidly, both internationally and across market segments. While the company does have a wide range of products there are gaps. Sage recently sold its US payments division which means it no longer operates in possibly the largest market for that division. This might impact other areas if new technology, propelled by profits from the US, enters other geographies.

Finally, Sage needs to turn around its French division. That entity is barely holding its revenues at the moment. It is coming under increasing pressure from companies such as NetSuite as they look to penetrate the Enterprise Management (Sage X3) market there.

Sage shares remained broadly unchanged after the day, perhaps an indication that the analysts discovered no surprises.