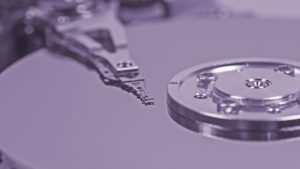 Mipox Corporation is a Japanese multinational that has selected Rootstock to replace its SAP implementation. This is the deepening of a commitment to the Salesforce platform that it first invested in during 2015.

The SAP ERP implementation, first implemented in November has had troubles from the start revealed Jun Watanabe, CEO and President in an article in LNews. Mipox has now selected Rootstock and is currently rolling out the complete Rootstock solution across 22 sites in 12 countries for 400 users. This is a significant win for Rootstock and its first in Japan.

Leveraging the success of Salesforce

Rootstock will eliminate the integration issues that Mipox faced between SAP ERP and Salesforce. In comparison to SAP, the Salesforce implementation has been a complete success delivering significant improvements to sales metrics. These include increasing opportunities by four times and changing loses of 1.3 billion yen to a profit of 500 million yen. Mipox also improved internal communication both externally and internally. From having 280 customers who hadn’t been contacted in six months, after two months that number reduced to only 3. Internally, using Salesforce Chatter, decisions are now made far faster. (Source Salesforce).

The key factor here is that Rootstock is native to the Salesforce platform. There is therefore a single data repository and the information sources for both the operations and sales systems is the same.

An endorsement of Rootstock

This is a huge win for Rootstock and an endorsement of the functionality it already has within the software. Mipox is a specialist manufacturer of products including abrasive paper, polishing films and liquid polishing compounds. Their customers include leading HDD manufacturers such as Seagate and Western Digital. According to an analyst report by FISCO Ltd, they own: “100% share of the global market for the precision polishing film that is used in the final processing of HDD manufacturing.”

While this isn’t the largest deployment that Rootstock has, it is its first in Japan. With Mipox publicly traded on Japan’s JASDAQ market Rootstock will hope that Mipox will be a strong advocate and increase their presence further. It also demonstrates that Salesforce and its partners are now able to compete with the more traditional ERP companies is areas such as manufacturing.

Cindy Bolt, ‎Senior Vice President, Manufacturing, Energy, and Consumer Goods, Salesforce commented: “Manufacturers are facing a technology revolution like we’ve never seen before. We, along with Rootstock, are offering manufacturers a way to adopt new technology and the ability to focus on improving the customer experience across every facet of the business. As a result, we expect to see ERP make the same transition from legacy applications to the cloud that CRM experienced many years ago.”

When will the project complete

According to Rootstock the initial focus on the ERP rollout is in Japan. It is being undertaken by Salesforce partner FKC (Future Knowledge Consulting) of Japan. No timescales for the project were given but if Rootstock can persuade Mipox to take the stage at Dreamforce 2018 it should be a interesting presentation. Mipox have spoken at the last two Dreamforce events, one of the first Japanese companies to do so.

This is not a small project. According to Rootstock they will implement all their modules, these include:

Rootstock is starting to leverage its existing customer base to win bigger customers across the globe. Its key advantage is that it was developed on the Salesforce platform. Other manufacturers, focused now on delivering services such as ecommerce are turning to Salesforce to deliver CRM. If Rootstock can start to win more customers on the back of those installations it could have a record 2018.

Pat Garrehy, CEO of Rootstock commented: “We are delighted to be working with a leading company like Mipox and increasing our customer base in Asia. Legacy ERP applications are holding companies back from executing business plans and competing with technology. Customer-centric organizations like Mipox are moving to the cloud to improve their agility, competitiveness and customer service.”

Watanabe echoed Garrehy’s comment by saying: “One of our core values is to ensure that our products, services, and technologies meet or exceed our customers’ requirements. We will be in a better position to do that by managing CRM and ERP together on the Salesforce Platform. “

That Rootstock replaced SAP after the latter was installed only a few year ago is a blow to the major ERP player. That it is primarily related, it appears, to the integration issues between SAP ERP and Salesforce CRM. SAP may need to ensure that SAP Hybris is able to compete more effectively in the CRM market against Salesforce. Otherwise it risks losing more of its manufacturing base to Salesforce and its partner ecosystem. It is also an endorsement of cloud computing in a major manufacturer. Many multinational manufacturers are hesitant to make the move to cloud computing for a variety of reasons. This is another aspect of the Mipox story that wll interest others.