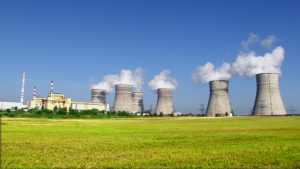 The winning bid by SMART Business saw them beat rival Entecheco to win the deal. A third company BInatel Consulting, failed to reach the final stage. The final bid price was UAH 29,017,221.00, just over US$1 million.

The tender documents state that that the system should support at least 500 users, with 150 registered users. What is slightly concerning is that the tender process was weighted heavily towards cost. 70% of the scoring was based solely on cost. The remaining 30% was allocated to the delivery of the first two phases of the project.

The new system will upgrade the internal operational systems of the energy company. It will include financial accounting, procurements, investments planning, budgeting and human resources management.

Part of the reason for the project is that an ERP solution is a requirement of ENTSO-E membership.  This the European Network of Transmission System Operators. It includes non EU members. While Ukraine is not an EU member yet it has ambitions to do so. At present the EU has still not offered full membership to the country.

The ERP system will deliver transparency in the public organisation that will tick another box in the long list of requirements that draw Ukraine ever closer to the EU.

Vadim Goryushko, CIO at Ukrenergo, commented “Implementation of the ERP is a reasonable and balanced investment in the future to reduce a tariff load as well as to comply with the European standards inside the Company.

“Besides, it seems to be one of the most ambitious projects on the Ukrainian IT-market which is to bring an invaluable experience both for the Ukrenergo team and for the professionals of the company-integrator”.

Microsoft backed the bid and heavily discounted the price in order to win the deal. It therefore seems likely that the choice between Entecheco (also a Microsoft partner) and Smart Business was based on the ability to deliver. Other vendors fell by the wayside earlier in the process.

This is a decision that Ukrenergo may regret in the future. Basing vendor selection on pricing alone may achieve the cheapest deal, but it might not gain the best solution in the market. Other companies such as Oracle, SAP and IFS also operate in the energy space.

What it has done is select the partner it believes can deliver the solution successfully. This is wise decision and SMART Business is an experienced Microsoft Partner. It is a member of the Presidents club for Microsoft Dynamics and won the Dynamics partner of the year award in Ukraine for 2017.

This is but one component of an IT transformation program for the company. It will shortly implement an Enterprise Asset Management system (EAM). The estimated cost of this is UAH 15 million and the International Bank for Reconstruction and Development will assist with these costs in loans. Originally scheduled for completion in 2017 the tender process is due to complete in winter 2018.

This deal is probably not hugely profitable for Microsoft but it does give them a significant client in Ukraine. Once implemented it will hope to extend its reach in a country that has a thriving digital economy. It is also likely to want them as a customer advocate for other energy providers in similar sized countries.

The question other companies will ask is why did Microsoft offer such significant discounts to the Ukrainian company? Is there a precedent here that it will need to continue to deliver?