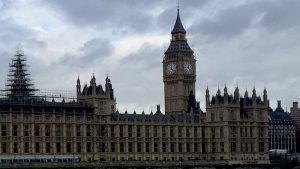 The UK government has announced the appointment of Iain Stewart, MP as the new champion for the UK’s “Silicon Valley”. Communities Secretary Sajid Javid believes that the Cambridge-Milton Keynes-Oxford corridor: “has the potential to transform into [a] globally significant economy”.

To achieve that ambition. Stewart will try to draw the various stakeholders including local authorities and MP’s together. The role has no direct budget attached but is aimed to bring a level of coherence across party lines and borders across the region.

The announcement comes following a report by the National Infrastructure commission. The chairman of the report, Lord Adonis commented on the region saying: “The arc spanning Cambridge, Milton Keynes and Oxford attracts the brightest and best from some of the most cutting edge industries. But the area also suffers from a lack of available homes and an infrastructure network that is feeling the strain – pricing local people out of the market, making it difficult for businesses to recruit staff, and threatening the future competitiveness of one of the most successful parts of the country.”

To improve this situation the report states that need for the delivery of affordable housing, East-West Rail and the Oxford- Cambridge Expressway. In combination this would drive the economic output of the area, GVA  (Gross Value Added) from £90.5 billion in 2014 to £250 billion annually. Adonis also suggested that the first new towns might also be developed. The autumn budget contained funding for 100,000 homes and transport infrastructure improvements by 2031.

Stewart is the Member of Parliament for Milton Keynes South. An area which lies at the heart of the region concerned. His experience in transport, specifically rail transport makes him an interesting choice for the post. He will be a strong ally for the East West Railway company, officially launched last month to deliver the new rail link between Oxfords and Cambridge by 2024.

Large infrastructure initiatives such as these take time to complete. This appointment is another stepping stone that should make the task easier. Stewart should help to bring together people across the region to reach a consensus regarding the decisions that still need making.

Both road and rail links will allow people to cross the country without the need to travel via London. However, it is in the delivery of affordable housing that the biggest challenge lies. How does the government ensure that the housing benefits locals rather than commuters to London? Any new houses built may become attractive to London commuters.

Iain Stewart MP commented: “As someone who has lived and worked in the region for many years, I’m delighted to be given the opportunity to champion the government’s vision for the corridor. It’s vital that government and communities work hand in hand to deliver economic growth, and I look forward to bringing together stakeholders and working to transform the corridor into the UK’s answer to Silicon Valley.”

The aspiration of rivalling Silicon Valley is one thing, achieving it is a long way away. Will better transport links between Oxford and Cambridge see better co-operation between the two university cities for greater benefit? If an economic hub outside London is created through this initiative, can it spread further North? Only time will tell.