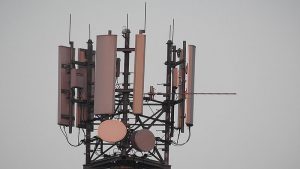 At the end of 2017, changes to the UK’s Electronic Communications Code (ECC) came into force. The UK Government expects these to deliver faster and more reliable broadband and mobile services, especially in rural areas. The reforms were agreed back in October 2017.

According to Matt Hancock, Minister for Digital: “The laws that we’ve brought into force today strike another blow to diminish the digital divide. Improving mobile and broadband services for people struggling with poor connections is a top priority for us – we want everyone to benefit from the digital revolution. Removing these outdated restrictions will help promote investment and give mobile operators more freedom to improve their networks in hard-to-reach places.”

What are the key changes?

The main focus of the ECC changes are around the costs and legal disputes around land access.

Telecoms operators pay a significant premium on rent to landowners when they want to site their equipment. The existing rules allow for landowners to charge ‘market rates’. Mobile Operators have long complained that in many cases this can lead to ‘ransom rents’. These occur where there is no other reasonable location for siting a mast or equipment.

The ECC takes the value of the land and its loss of use costs as its basis. It removes the previous situation where landowners could demand a share of the economic value the equipment generates. This brings it into line with other utilities such as water, gas and electricity.

A new process for landowners and telecoms operators to resolve legal disputes has also been introduced. This is expected to speed up any disputes and keep costs down.

Operators will also be able to share masts and equipment more easily. This is something that operators have been demanding for years. During the 3G and 4G boom operators were told to develop their own mast networks. Since 2012 there has been an increased amount of sharing of infrastructure. However, this has been limited. The ECC wants to promote shared infrastructure to speed up deployment of new services and increase competition.

The UK ranks lower than many other parts of Europe when it comes to delivering mobile services and broadband to rural communities. It is not just about low speeds but about large areas where there is no coverage at all. It is this challenge in particular that has led to the review of costs and infrastructure sharing.

In October, Hancock said that the UK Government wants mobile coverage to reach 90% of the UK. It also wanted superfast broadband to reach 95% of homes and businesses. There is no evidence that these targets have been met. The reality is that it will take at least until the end of 2018 for mobile coverage to improve significantly. This is because it takes time to agree the necessary contracts for operators to share infrastructure.

It is also important that the UK Government get sharing issues resolved quickly. 5G roll-out is expected to start rolling-out inside two years. In the past the early deployments have always focused on cities and towns. However, 5G brings with it much high mobile broadband which will speed up access for rural communities. With equipment sharing, the expectation is that 5G deployment will be as much a benefit for rural communities as their urban counterparts.