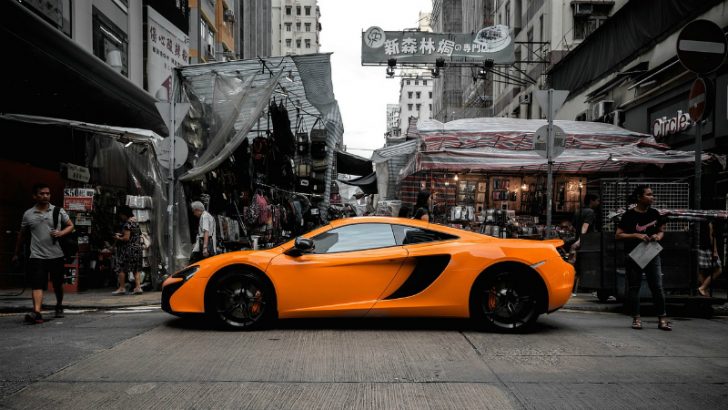 Lfplaza is a distributor of luxury fashion brand goods. In a recent press release Oracle NetSuite announced that NetSuite OneWorld has assisted its growth over the last five years.

Lfplaza has a rapid rise as a distributor

Founded in the 1990’s LfPlaza began life as a manufacturer of leather fashion accessories to European and North American brands in Hong Kong. It also worked with design houses in China. During its early life it formulated relationships with retail stores across the region. However, in a fiercely competitive market it looked to change its trajectory and business model. That transition commenced in 2012 as it transitioned to a luxury designer fashion importer.

The volume of transactions would change drastically and its current legacy solution was not fit for the transforming company. Instead it looked at the market and chose NetSuite OneWorld. Itself newly launched, it supported both the multiple languages and currencies that the company needed to operate in. These included Hong Kong, Australian and U.S. dollars, Chinese renminbi, British pound, Japanese yen, New Taiwan dollar and the Euro. Over the last five years the company has grown substantially and now boasts revenues of $300 million HKD (US$34 million).

As the company quickly grew the ERP solution matched that growth with capability. The system now supports more than 100 brands to more than 600 wholesale clients across 40 multi-brand boutiques in the region. The company now supplies to companies in Hong Kong, mainland China, Taiwan, Japan, South Korea, Singapore, Malaysia, Indonesia, Thailand and Vietnam.

Jack Tsao, Lfplaza CEO commented: “NetSuite forms the core backbone on which we’ve rapidly grown our business. We’ve been able to scale dramatically without adding too many staff. We’re very glad we started early with NetSuite as it gave us room to grow.”

It is that ability to scale without adding staff that is key to the success for Lfplaza. Taking on any ERP solution does mean an investment up front though. They created the required workflows to operate the business from its implementation. As a cloud-based solution it was also able to deploy quickly as it opened and expanded into its own wholesale stores, that now number ten.

Cloud also knows no boundaries and the company now has three subsidiaries operating. The head office is in Hong Kong with two others in China and Macau. The finance team now has complete visibility of the operations across all three companies and financial consolidation is simplified. That is one example where a single cloud-based system helped keep the number of staff down as companies grow.

One of the common bottlenecks for growing companies using legacy on-premises software is the month end and consolidation processes that take days if not weeks rather than hours. Fixing that often means throwing more resources at it. With labour costs increasing in the Far East that is no longer a sensible option.

Tsao confirmed this, saying: “The advantages with NetSuite are felt across the business. We would be hiring more staff if we didn’t have NetSuite. It’s definitely been a very worthwhile investment.”

So is it just about choosing a cloud solution and running the software out of the box? No.

The power of three

The implementation included several components of the NetSuite solution including inventory, CRM, reporting and finance. With thousands of product lines that change every season, keeping track accurately of it is vital to Lfplaza.

Tsao commented: “The fashion inventory moves very fast, with increasing velocity and sophistication every year. With NetSuite OneWorld, it’s very easy to adapt, customise processes and stay current, exploring all the business channels and marketing opportunities out there so we can continue to scale.”

The danger of customer references

What is not clear is how up to date the information that NetSuite has provided within their press release. There is little information on the Lfplaza site to confirm their current revenue and what changes they have made to their software since. More disappointingly Fern have not updated their web site recently. The last news is dated 2015.

Since SuiteWorld in May, NetSuite has also been quiet on the customer front, though they are growing the business rapidly. That growth is bankrolled by Oracle and is enabling them to extend their reach into both Asia and Europe. It will be interesting to see what news NetSuite announces during Oracle Openworld in a months time. NetSuite will host SuiteConnect within OpenWorld for the first time this year.

There is an expectation that NetSuite is gearing up for a big push. The truth may be that while NetSuite have been concentrating on growing they are also meeting and delivering to a whole new customer base opened up by the Oracle acquisition. If that is the case then some of those customers will be visible at Openworld and another boatload of customer wins will be announced.

For Lfplaza, one of the  elements of its rapid and successful growth has undoubtedly been NetSuite OneWorld. Without the depth of functionality and the ability to create workflows to automate their business processes the international expansion would at best have become less profitable and at worst, failed. While ERP companies talk about international expansion it is sometimes easy to forget that NetSuite has been doing it, not just with multiple currencies, but also languages, for years.