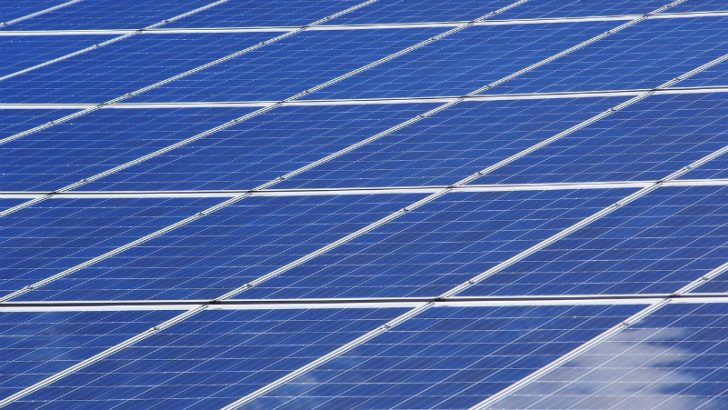 SolarCoin, supported by a SolarCoin blockchain, provides an alternative digital currency. It works like air-miles for solar electricity generation. Individuals claim SolarCoins by living in homes equipped with solar energy panels on their roofs. The same applies to commercial solar electricity producers.

Solar energy, unlike fossil fuels, does not push excess heat or carbon into the atmosphere. SolarCoin exists to offer an incentive to produce more solar electricity by rewarding the generators of solar electricity.  SolarCoin intention is to shift the levelised cost of energy (LOCE), thereby reducing the payback time of a solar installation. By working closely with the solar industry, the SolarCoin Foundation with SolarCoin, is at the base of a virtuous circle, creating an uptake for solar equipment and helping create jobs in the Renewable Energy sector.

“We are the first generation to live global climate change in real-time and to feel it. … We are also the last generation to be able to do something about it,” Francois Sonnet, co-founder of ElectriCChain, an affiliate of the SolarCoin Foundation, recently told members of the European Parliament in a session on science and technology options (STOA). “The technology is there; the will and the money isn’t. We’re at the very beginning of the value creation of SolarCoin. It takes time, obviously, but it’s like a spinning wheel: once the cogs are in place, it starts spinning by itself. This this will enable (an) Energy Transition.”

According to Sonnet, SolarCoin plans to onboard ‘a couple dozen thousand solar installations in the medium term. This will have the effect of:

Worldwide there are currently about 7 million solar installations already grid-connected, amounting to some 300 gigawatts (GW) of energy capacity. This is roughly the equivalent generation capacity of 500 nuclear reactors.

In 2016 Germany alone had a solar generation capacity of 41 GW. This delivers more than 6% percent of total German energy consumption. For a country that lies well outside the sunbelt, this is impressive.

With climate change experts forecasting that global warming could possibly increase the earth’s temperature by 2C by mid-century, people are increasingly turning to low-carbon energy sources. According to the International Energy Agency (IEA), solar energy could become the largest source of electricity by 2050 – ahead of other energy sources like fossil fuels, wind, and hydro. Based on figures from the IEA, the solar community hopes to couple another 5,000 GW of solar power to the grid. That is the equivalent of an additional 200 million households using solar power.

Rather than wait for more money to flow into the solar industry, the SolarCoin Foundation, based in Greenwich, Connecticut, seeks to incentivise solar production one megawatt-hour at a time. It uses blockchain technology as its foundation. Founded in 2014 by a group of solar experts and macro-economists, the SolarCoin Foundation is an international network of volunteers and a community. Its purpose is to oversee the distribution of SolarCoins (cryptoexchange symbol: SLR).

SolarCoin is a blockchain-based digital currency distributed to solar producers at a rate of one coin per megawatt-hour of solar energy produced, based on verified meter readings. The organization maintains a public ledger which records each SolarCoin given out to solar electricity generators.

To manage the distribution of individual SolarCoins, the SolarCoin Foundation operates on its own blockchain. It argues this is 200-300 times more carbon efficient than the limited processing capabilities of the Bitcoin blockchain.

In addition, each SolarCoin has real value attached. Five kilowatts of solar generation in Munich would produce six megawatt hours, or six SolarCoins in a year.

The SolarCoin Foundation expects to have one million participants by the end of 2019. This would provide the uplift to bring the value of one SolarCoin to between $20 and $30 per megawatt hour. As noted in Scientific American, “For now, the handouts act as a reward – a little token of thanks – to the people who are already doing their part for the environment.”

How to exploit the SolarCoin blockchain

A trip through the farmlands of Bavaria, in the south of Germany, testifies to a Teutonic enthusiasm for solar energy. Solar is one of the many green technologies Germany is embracing as it undergoes a national Energy Transition to using 60% renewable energy sources by 2050.

In Bavaria, aging dairy barns are entirely covered with solar panels to capture the sun’s rays. These descend from over nearby Alpine peaks while the local cows munch on meadow grasses, unperturbed by the barns’ solar installations. A barn is doubly productive for the farmer.

Individual owners receive SolarCoins once every six months through the platform to the owner. No equipment is necessary outside of a solar installation. A solar producer harvests SolarCoins in one of two ways, by:

SolarCoin is active in 32 countries, with a network of affiliates and partners to serve different regions:

What can an owner do with SolarCoins? Most people will likely exchange the digital currency for euros or dollars on one of many cryptoexchanges. At present, the value of an individual SolarCoin is around US$0.24. Alternatively, some argue, it is better to hold onto SolarCoins until more people join the network. Like many blockchain-based ventures, the value of the network increases markedly as more people join. Adding more nodes and producing more transactions. The larger the network, the greater its value.

Solar producers worldwide have earned approximately 420,000 SolarCoins. There are currently USD$500 million of SolarCoins awaiting claims. The SolarCoin Foundation expects its distribution program will last 40 years as it distributes the 97.5 billion SolarCoins. These will account for 97,500 TWh of solar electricity. For comparison, consider that, in 2012, the top 37 electricity consuming countries consumed 19,000 TWh.

The SolarCoin blockchain has twin merits.  It rewards people for being ‘green’ and it demonstrates that blockchains work and are relevant. Not to be sneezed at.