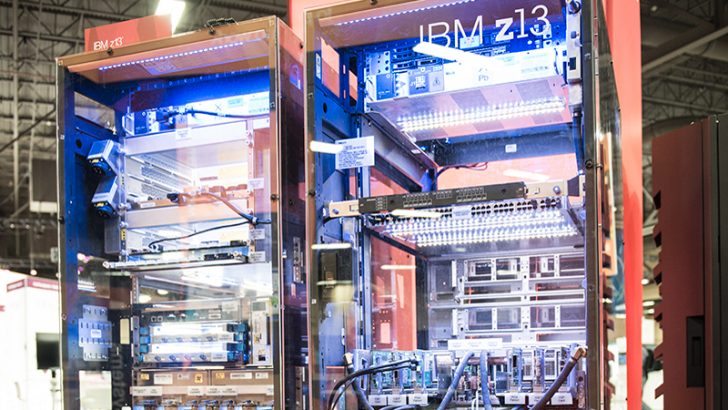 A year ago a lot of sites were running hot on rumours of IBM selling its mainframe z Systems business to Hitachi. The problem was a lack of substance and the fact that IBM was pushing z Systems very hard. The rumours have now been not only put to bed but embarrassingly for some, completed busted. Hitachi has announced it is dumping its own mainframe business and porting its operating system onto the IBM z Systems platform.

The timing of the announcement is interesting. IBM has put analysts and others on notice that it will make a major mainframe announcement next month. This is expected to be the successor to the IBM z13 and potentially new LinuxONE boxes as well.

Ross Mauri, general manager for IBM z Systems said: “Our agreement with Hitachi allows companies to continue using the Hitachi operating system and software that’s central to their business while taking advantage of the speed, scale and security delivered by the latest IBM z Systems hardware technology. Hitachi and IBM will continue working together to evolve the technology to provide clients with new digital solutions to transform their own businesses.”

Why is Hitachi doing this?

It’s simple, cost. Hitachi still has a strong customer base for its mainframes in Japan. The problem is that it has struggled to establish a large enough market outside of Japan to justify the investment required to keep developing the platform.  It  has now decided that moving everything including its VOS3 operating system to IBM z Systems makes sense. It already promotes its mainframes as IBM compatible in order to keep its customers on board. By effectively OEMing the IBM hardware it will be able to show its customers a future upgrade path.

The deal also works well for IBM. It removes another of the dwindling list of competitors from the market. It also gets a partner who already understands the market and the technology. This means it should be able to show an immediate return on the deal.

What isn’t clear is whether Hitachi will become IBMs defacto distributor for z Systems in Japan. It certainly makes sense in terms of cost and could even help IBM continue its push into the Asia Pacific region. There are other questions that are currently not addressed by the press release. For example, will Hitachi allow customers to chose IBMs operating systems including Linux? This would certainly appeal to those who want to run Linux and Open Source software on the platform.

Will Hitachi work with IBM to offer blockchain services on the rebadged mainframes? IBM seems to be announcing a blockchain deal every week at the moment. Many of those solutions are being delivered through the cloud running on z Systems hardware. There is also a lot of interest in blockchain and cryptocurrencies in Japan. Earlier this month the Japanese government removed the 8% sales tax of buying cryptocurrencies further boosting the nascent industry.

This is a deal that suits both Hitachi and IBM. IBM gets another sales channel, loses a competitor and can look forward to continuing the profitability of z Systems. Hitachi can remove a very expensive and loss making division from its books without having to lose customers. It seems that this is a win-win situation.