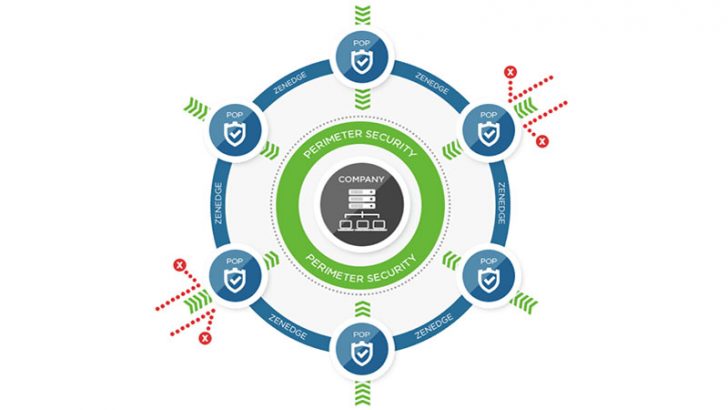 Security vendor ZENEDGE has signed a deal with Equinix that will increase its capacity tenfold. The deal sees ZENEDGE deploy a number of new mega-POPS (Points of Presence) inside Equinix data centres. Each of the data centres will be PCI compliant and Equinix will also market ZENEDGE to its customers.

According to Yuri Frayman, Chief Executive Officer of ZENEDGE: “ZENEDGE is pleased to respond to strong customer demand with a worldwide network expansion as we continue to grow our install base faster than the average market growth. We chose Equinix as our strategic data center provider because of their global geographic presence, PCI compliance, and level of service.”

What does ZENEDGE do?

ZENEDGE has built a range of security solutions underpinned by its own machine learning and artificial intelligence engine. It is one of the new breed of security companies that are proactive rather than reactive. Instead of waiting for a threat to appear, be classified and then distributed to detection engines, ZENEDGE tracks a range of attack indicators. It allows it to take preventative action before a threat takes down a clients site. As a cloud-based solution it is able to analyse very large amounts of data to spot an attack early.

Its solutions include Distributed Denial of Service (DDoS) detection and mitigation as well as malicious bot detection. Both of these are aimed at stopping cybercriminals knocking customers offline and disrupting their business. They also provide more traditional security with a Web Application Firewall (WAF) product. This allows companies to set and adapt their security rules for all traffic affecting their web facing applications.

In addition to protecting customers own networks, it also provides WAS and DDoS support for Amazon Web Services (AWS). This means customers who have deployed their web infrastructure on AWS can use ZENEDGE to protect it.

What does it mean for Equinix customers?

Equinix has a partner program that focuses on providing customers with access to cloud platforms and carriers. This allows companies buying colocation facilities to have choice over who they work with. It also allows Equinix to be the high-speed interconnect between enterprises and its partners.

Adding a security vendor such as ZENEDGE makes sense. Equinix already offers managed firewall services and DDoS protection. ZENEDGE gives them an additional offering for customers. What will be interesting is how ZENEDGE and Equinix deal with DDoS attacks. The Mirai bot DDoS attack last year took down several major organisations. It is likely that there will be even larger attacks before the end of 2017.

What both companies will be looking at is how to quickly detect and remediate the impact of an attack across the Equinix network. It will be interesting to see if Equinix itself begins to take advantage of the ZENEDGE AI to help it detect anomalous traffic. If it does, it can then reroute customer traffic across different links and harden its own networks. As it continues to increase its share of the colocation market it is a key target for cybercriminals.

Getting a deal with Equinix that increases its capacity tenfold is very good news for ZENEDGE. It will be interesting to see if that capacity increase is matched by a tenfold increase in business. It will take some time for that to become apparent. The bigger question is whether by being inside Equinix’s networks it can avoid the damage that the next generation of DDoS attacks are likely to wreak on the Internet.