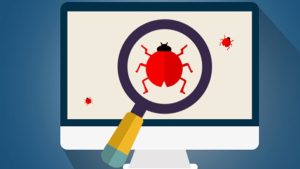 UK and US business faces a major risk because software is untested. According to research by Leapwork, 69% of UK (US 85%), CEOs believe it is acceptable to release software that hasn’t been properly tested. They believe that subsequent in-life testing and patching are acceptable. The research also found that 82% of UK testers (79% US) believe that 40% of software goes to market without sufficient testing. Is this reality? The reality is perhaps revealed with 54% of UK CEOs (77% US) admitting software failures have harmed their company’s reputation in the last five years.

What the Leapwork survey does not identify, is what level of testing is done on software. Developers will carry out testing as a matter of course on any software they intend to deploy. The big question is whether this is sufficient or whether a quality assurance and the testing team would provide an enhanced oversight. The demand to develop and roll out software changes and updates quickly has increased with the shift to agile. Testing can slow down that process. The argument is that properly tested software has fewer errors and less business risk and subsequently takes less overall developer time. This cost is that 68% of testers believe that their teams spend 5-10 days per year patching software. The larger, unstated cost is the risk and impact to the business that the unpatched software causes.

Are CEOs ignoring the risks

Despite the evidence from testers, 75% of CEOs (94% US) are confident that the software their IT teams roll out is tested regularly. However, 71% of UK CEOs (95% US) are concerned that they will lose their jobs in the wake of a software failure, and 73% of testers are similarly concerned.

Christian Brink Frederiksen, co-founder and CEO at Leapwork, commented: “Our research shows the widespread issues that exist in software testing today. While CEOs and testers understand the consequences of releasing software that hasn’t been tested properly, an alarming number still think it’s acceptable to issue it and prefer to rely on patch testing afterwards to fix any problems. This often comes down to not thinking there is a viable option and choosing speed over stability – a devil’s dilemma. But what’s more concerning is the disconnect between CEOs and their developer teams, indicating that testing issues are falling under the radar and not being escalated until it’s too late.”

The research was based on a study of 500 UK CEOs and software testers from companies with more than 500 employees across the UK and US. It was conducted by Censuswide. The report looked at several verticals, though it isn’t clear how many participants there were across each. With 6 verticals across 2 countries and two types of respondents, the average number in each category is around 21. Some of the results may therefore be skewed. The verticals were:

Why is tested software not up to scratch

While the survey did not highlight the state of testing or the fears across the different verticals, it looked at why software is not properly tested. It identified 4 major reasons.

Frederiksen added: “As more companies transition from manual testing to automation to meet the testing requirements of increasingly complex software, they’re struggling to scale their chosen solutions and leverage their existing QA departments as many solutions in the market rely on low code to manage the process. Combine that with the pressure of meeting digital transformation goals and companies are cutting corners and taking unnecessary risks.

“We’ve seen the implications of huge software failures in the news, so on the current trajectory, more and more companies will struggle with failures and outages which could cost them a significant amount in financial and reputational damage. Businesses need to urgently consider a different approach and embrace no code test automation systems that don’t require coding skills and free up their teams to focus on the most high-value tasks.”

The full report, at four pages long, makes an interesting read with some worrying statistics. What is lacking is some qualitative feedback from the participants and more detailed information about the impact of the lack of testing. The apparent damage to reputation is noteworthy. However, the report does little to quantify the impact on the bottom or the top line for the lack of software testing.

The report aims to highlight the importance of automated software testing, which the Leapwork low-code-based, testing automation platform can deliver. However, it helps with the business case for IT leaders only a little. It highlights the issues of no testing with little in the way of hard numbers to back it up.