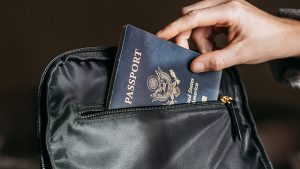 IDs are to remain phygital for now, despite the rise in virtual IDs, claims Veridos. It sees a future where sovereign documents will all become virtual. However, for now, several challenges need to be overcome for that to happen.

Marc-Julian Siewert, CEO at Veridos, said, “The future of IDs will become more and more virtual, there is no doubt about that.

“There will even be some outliers, especially countries that do not yet have phygital IDs, will simply skip this step. But the majority of the world will still have phygital IDs for the next ten years. Countries need a lot of patience to take the next step towards completely digitized documents, but it will be worth it. After all, they can take state-citizen communication and, consequently, the efficiency of public administration to a whole new level.”

What is a phygital document?

It is a document that is composed of physical and digital elements. Examples of these are ID cards and passports. They contain electronic chips containing additional data about the holder.

According to Veridos, the advantage of phygital IDs over physical ones are that “data that establishes a citizen’s identity can be transferred to digital platforms without friction. Thus, they are indispensable for efficient eGovernment processes.”

But how do we turn phygital into digital?

The answer is further digitisation making them suitable for the technology people carry with them – smartphones and tablets. Veridos says that there are some significant hurdles to overcome. It lists the top five as:

There have been many attempts to create digital IDs, some successful but with limited adoption and some failures. The cost of maintaining physical IDs and phygital IDs is substantial. Can a process to issue digital IDs be any less costly?

The issue of fraud will also need to be overcome. Phygital IDs such as passports are regularly faked with some so good that they replicate all the security markers. Digital security also has its problems, as shown by the levels of identity theft that currently take place.

This means that the bar for purely digital IDs is very high. From security to trust to infrastructure, the problems they face are far from inconsequential. But, they will happen, and the problems will be overcome. The question is, when?