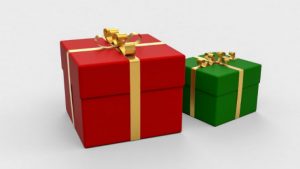 Xledger has unveiled the second update of 2021 for its cloud-based ERP solution. R2-2021 is a major release that includes several innovations and enhancements to the expenses module. The improvements include updates to business intelligence, usability, and reporting.

The update, most of which was rolled out to customers on November 20th was delivered in time for thanksgiving. Xledger provides software to more than 10,000 customers across 60 countries. It is not widely known but focuses on service-centric organisations in both profit and non-profit sectors.

The biggest improvement with this release is the changes made to the business intelligence dashboards. With this release, Xledger has improved the framework for dashboards used across the whole solution.

Dashboards are made up of “blocks” which provide a graphical representation of data. It is now possible to nestle blocks under user tabs. Xledger has introduced new flexible dashboards within the application, these include:

These display relevant information for users within the application, without using the home dashboard. On the home dashboard, users are now able to cycle through a huge number of existing blocks which they can then leverage and nestle within their own tabs. The new dashboards allow the simple addition of these dashboards with a few clicks without users having to deep dive into complex configuration.

Multi-entity companies are now able to group separate entities into groups, for example, specific regions or ad hoc grouping. This is useful as it means that analysis can be carried out without having to restructure the organisation hierarchy.

Flex screens enable users to enter data, create searches and retrieve data. In this release the amount aggregation field dropdown. There is a new sector layout that provides a clear understanding of what each option will do. For example, showing which periods are selected and how the report will display them when it is run.

It is now possible to display contacts (customers, employees, and Suppliers) in a vCard format that displays key data including images.

Following customer feedback, several changes were made to the new expense module for users and super users. These include:

XLedger has improved the integration with Azure AD simplifying single sign-on for customers using Azure. It is now possible to control all user access rights, including role access from within Azure AD. This integration is not yet live but will be announced soon.

Xledger has pushed live its open banking integration with Yapily for UK customers and Plaid for US customers. This enables statements to be accessed on request from within XLedger once the bank interface is set up. That set-up takes only a few minutes to complete.

Users can now add attachments to order confirmations and price quotes. New for R2, Xledger gives users a new possibility: before sending on to a customer or supplier, users can preview all attachments within documents.

Absence registration is now more user friendly and accessible. An employee can quickly register a new absence, either historic or future (sick/vacation). Employees can see an absence calendar that will show absences by day, week or month. Once submitted the manager receives a notification of the request and can quickly approve, amend or reject. Managers can also view team absences in bulk.

It is now possible to add attachments to order confirmation and price quotes. Prior to sending these documents to customers or suppliers the user can review all attachments from within the purchase order or quotation.

This is a significant update from Xledger which pushes the capabilities of its UI to new levels. The new features are mainly horizontal in nature that apply to many businesses. What is perhaps missing is information about compliance updates or specific vertical industry improvements. These may be present but were not included in the collateral that Enterprise Times had access to.