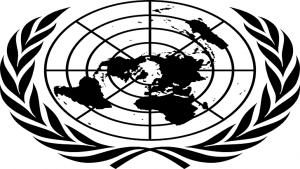 Europe remains the most prepared region for eCommerce, according to UNCTAD’s Business-to-Consumer (B2C) eCommerce Index 2020. However, there are wide gaps, and countries with the lowest level of readiness need to be addressed by tackling weaknesses in those nations, to spread the benefits of digital transformation to more people.

For the first time, Switzerland leads the UNCTAD B2C eCommerce Index, just ahead of the Netherlands. In 2019, 97% of the Swiss population used the internet. The only non-European economies among the top 10 are Singapore, ranked fourth, and Hong Kong (China) in the 10th position.

The index scores 152 nations on their readiness for online shopping, worth an estimated $4.4 trillion globally in 2018, up 7% from the previous year.
Countries are scored on access to secure internet servers, reliability of postal services and infrastructure, and the portion of their population that uses the internet and has an account with a financial institution or a provider of mobile money services.

The 10 developing countries with the highest scores are all from Asia and classified as high-income or upper-middle-income economies. At the other end of the spectrum, least developed countries occupy 18 of the bottom 20 positions.

The two largest B2C eCommerce markets in the world, China and US, rank 55th and 12th respectively in the index. Although both countries lead in several absolute measures, they lag in relative comparisons. For instance, internet penetration in the US is lower than in any of the economies in the top 10. China ranks 87th in the world on this indicator. As for online shopping penetration, the US ranks 12th while China takes the 33rd slot.

“The eCommerce divide remains huge,” said Shamika N. Sirimanne, Director of UNCTAD’s division that prepares the annual index. “Even among G20 countries, the extent to which people shop online ranges from 3% in India to 87% in the UK.”

Also, in Canada, the US, and 10 European nations, more than 70% of the adult population makes purchases online. But that proportion is well below 10% in most low- and lower-middle-income countries.

“The COVID-19 pandemic has made it more urgent to ensure the countries trailing behind are able to catch up. Furthermore, they can strengthen their e-trade readiness,” Sirimanne continued. The index, she said, underscores the need for governments to do more to ensure people can avail themselves of eCommerce opportunities.

“Otherwise, their businesses and people will miss out on the opportunities offered by the digital economy. They will be less prepared to deal with various challenges,” she added.

Changes in the 2020 rankings

The 2020 edition of the index includes a few notable changes from the previous year. In the composition of the top 10 positions, Hong Kong (China) replaced Australia. Among the top 10 developing economies, Oman replaced Turkey.
The four largest increases in index scores were recorded in developing countries – Algeria, Brazil, Ghana and Laos People’s Democratic Republic. Their scores surged by at least five points, largely due to significant improvements in postal reliability.

This year’s 2020 index takes a closer look at the Latin American. The region accounts for 9% of the world’s population aged 15 and older. And as much as 11% of the world’s internet users. However, the region’s share of global online shoppers was only 6% of the global total in 2019.

The headline that jumped out was the increase in online shopping, worth an estimated $4.4 trillion globally in 2018, up 7% from the previous year. The report suggests barriers in countries which prevent the spread of the benefits of digital transformation to more people. However, it doesn’t really offer any solution to those barriers.

It would have been even more interesting if the study captured evolving trends, preferences and expectations of online shoppers around the globe. For the instance, are the behaviour of millennials in India, the same as in Panama? What has been the generational impact that Baby Boomers, Gen Xers, on online retail trends in Japan, Serbia or Ghana? The report provides insight into the sheer numbers of people around the world embracing online shopping. The next stage will be for an ambitious global brand to unpick the underlying trends taking place around the world.