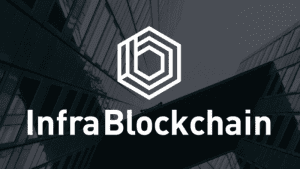 Blockchain Labs is launching InfraBlockchain. It claims implementation flexibility which can provide both a stable public blockchain and a scalable permissioned blockchain. The announcement appears to promise more blockchain-powered services in the real world.

Conrad Um, the CEO of Blockchain Labs, commented: “The blockchain technology has a lot of characteristics similar to that of our society’s infrastructures, like roads and power grids. To build such an underlying service platform that can benefit the countless number of users, it would require an initial investment of time, money, and social consensus before we can see the technology’s effectiveness. However, just as other infrastructures in our society do, InfraBlockchain will greatly benefit businesses and organizations across all industries – starting with reducing the database management cost.”

According to Blockchain Labs, InfraBlockchain’s patented consensus mechanism makes it possible to design the network as any of:

Apparently, because of its consensus mechanism, InfraBlockchain supports a flexible transition from one network design to another, even after a network is up and running. In order to solve blockchain’s innate problem – of all data being recorded and shared publicly – InfraBlockchain has adopted an approach which offers selective anonymity. This shields sensitive data – such as personal information – while maintaining the level of data integrity that only the blockchain technology can provide.

Avoiding cryptocurrencies and some background

From the outset, Blockchain Labs designed InfraBlockchain not to involve any cryptocurrency (such as Bitcoin, Ethereum, Ripple, etc.). Blockchain Labs regards this as an attraction for many public sectors and enterprises – which tend to:

Since 2016, Blockchain Labs has provided blockchain solutions to various services, including:

While these enable acceptance of blockchain technology, Blockchain Labs recognised the limitations of existing technologies. This justified the development of InfraBlockchain – to address the technical problems that have hindered blockchain’s mass adoption.

For Enterprise Times and from an enterprise perspective, the basis of InfraBlockchain – as explicitly avoiding a cryptocurrency connection – is attractive. This could be a significant differentiator. Few businesses, except those focused on cryptocurrencies, want the hassle involved.