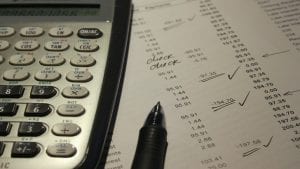 A staggering 95% of European enterprises are under pressure to reduce technology costs during the pandemic according to research from Insight. However, an inability to optimise IT spending is significantly hampering efforts.

For example, enterprises spend an average of £2.13m/€2.34m a year more than they should on software licensing. This is due to unused licenses – enough to pay the wages of 45 skilled IT specialists.

Since March 2020, 51% of organisations downsized their workforce, and more than a quarter (27%) downsized the IT team specifically. Forty-four percent are sweating IT assets for longer, and 34% are consolidating physical office facilities. Yet worryingly, enterprises are failing to fully optimise IT costs.

Technology costs, investment in areas such as software, IT support and infrastructure has increased since March 2020. Yet the majority of IT teams said these investments weren’t as strategic as they should be, leaving room for optimisation.  IT teams say they need to optimise their IT investments in:

“IT departments need to make savings. Equally there’s a challenge between cutting costs and reducing the ability to operate,” said Emma de Sousa, Senior Vice President EMEA at Insight. “Organisations have been struggling to address systemic challenges around cost management for several years. If they double down on their cost optimisation efforts. They could avoid making decisions that will almost certainly impact their ability to execute digital transformation plans. There are countless opportunities for organisations to optimise their costs and save money without harming their ability to operate effectively.”

“The challenges we’ve faced so far in 2020 are in no way over, and IT departments have a key role in supporting their organisations,” continued de Sousa. “Cost optimisation isn’t easy and often requires specialist skills and knowledge, but now is the time to eradicate waste and drive more efficient operations. By doing this, organisations will be better placed to ensure the enterprise is resilient enough to survive and even thrive, whatever the future brings.”

The Coronavirus pandemic has forced many organisations to accelerate digital and IT plans. Organisations have been required to shift gears and shift their migration plans to the cloud. According to research published by Barracuda Networks, 53% reported the COVID-19 crisis made them accelerate plans for moving all their data to 100% cloud-based model. In addition, many enterprises thought they had robust remote working solutions. Then the pandemic hit and all employees had to work from home. Many companies realised that they were not as ready as they initially thought and found gaps in their infrastructure. As a result these companies had to make further investments in their remote working solutions. Hence, the key message from the research is not surprising. Despite pressure to reduce costs, Insight Research finds enterprises are missing potential savings in licensing, infrastructure and asset management.