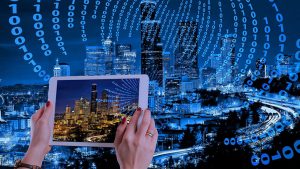 NTT Data has released a report entitled “Why automation fails but doesn’t have to.” It focused on the London Market and lessons that NTT Data has learned from projects it has been involved in. It set out to address questions such as, what is the right way to start your automation project? What are the pitfalls?

Kim Gray is head of insurance and head of diversity and inclusion in NTT DATA in the UK. On a webinar, Gray says: “We’re going to touch on some of the things that have meant that they’re slow to take off or they’ve been stalled, or they’ve failed to meet their objectives. It’s certainly not because the technology doesn’t work.”

Automation works if you choose the right processes

Ask any programmer, and they will tell you that choosing the right processes to automate is critical. Simple processes are easy to automate and code. This is because each process has a very limited set of outcomes. By comparison, larger and more complex processes are hard to automate due to the multiplicity of potential outcomes.

Matt Kearney, senior strategy director at NTT DATA, makes this point saying: “One of the first hurdles companies face on their automation journey, is deciding exactly which processes to begin with. There can be a tendency to choose processes that employees don’t like, as opposed to the processes that have the largest value for the business. This is a common pitfall.”

Which London Market insurance processes are ripe for automation?

Common pitfalls that lead to failure

The paper calls out five common pitfalls. Not all are obvious at first.

Is automation the magic bullet that will make your business effective? What should you automate? Where do you start? Is automation another of those mercurial technologies where every year is going to be its year until it isn’t? Judging by the amount of time technology vendors spend talking about the benefits of automation, you’d think everyone was already deep into automation projects.

The reality for automation is that like any other technology when used correctly, it delivers benefits to the business. The problem is that too many organisations are still struggling to understand what ‘correctly’ means.

Getting automation right is not rocket science, but it does require its own process and a structured approach. Rushing in will almost certainly guarantee, if not failure, a disappointing solution. It does not mean spending a large amount of time repeating proof of concepts just to be sure. At some point, the pin has to be pulled and an automation project allowed to run.

Too many reports gloss over the operational challenges to getting automation right. This one gives a more realistic view of what can be achieved if automation is thought out correctly. It also leaves open the question as to why the London Market for insurance still struggling with things like automating the collation of data.