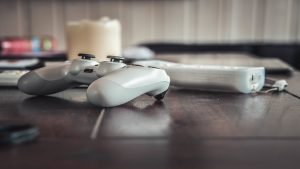 Scuti provides brands with a direct channel to over 320 million mobile, PC and eSports players across the US and EU. Gamification tactics on the website incentives players with Scuti points that they can redeem against future purposes.

In 2017, the US games industry as a whole was worth US$18.4 billion and consisted of roughly 2457 companies. The industry had a total of 220,000 people employed. US video game revenue is forecast to reach $230 billion by 2022, making it the largest video game market in the world.

Europe has established itself as a leader in the global gaming market. The global market is expected to generate $152bn of revenues in 2019. It is larger than the film ($140bn) or television ($50bn) industries and is predicted to grow to $196 billion by 2022.

In the UK, 32.4 million people played games in 2017. Spending $4.2 billion this year, they make the UK the 5th largest games market in the world.

An immense and diverse retail audience

Now a mainstream activity, video games represent new and unchartered territory for brands to engage their audience. Surpassing the entire movie and music industries combined, video games attract all ages and genders. According to the Electronic Software Association, sixty-three percent of all mobile players are women and girls.

Players are incentivised to set shopper profiles and Scuti’s algorithms ensure players see the products they are interested in buying. Brands can execute promotions and rewards targeted to their specific customer from competitive-free, content- product pages.

According to Scott Bishoff, VP, Twentieth Century Studios, “I’m glad to have been offered the chance to test Scuti with an upcoming movie release from FOX Theatrical. The concept is new and fresh, and unlike other digital offerings I’ve seen in a long time.”

Created by media and game experts

Scuti is the brainchild of veteran brand marketer and entrepreneur, Nicholas Longano, who built the in-game advertising company, Massive Incorporated. It was bought by Microsoft in 2006.

At the helm of Scuti is Kym Nelson, who created FOX Interactive Media’s sales team (IGN and MySpace). She also built the Twitch media group, that was later sold to Amazon. “Scuti will help all brands with an entirely new way to get in front of consumers,” says Nelson.

COO, Jamy Nigri is an eCommerce pioneer and avid gamer. The company embraced the challenge to honour the player experience while creating a fun and rewarding shopping environment.

Scuti’s new platform sounds like an innovative channel to engage with a particular type of target customers. For businesses, it’s always sensible to engage and sell to customers during their particular moment of truth. Hence the rise of social commerce. Therefore, it makes perfect sense to offer gamers the opportunity to engage with brands. The platform is possibly the future of direct to consumer commerce. It will likely have a big impact on the games industry going forward.