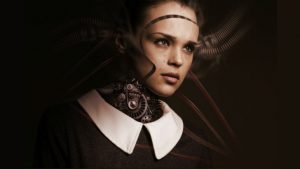 Is the CDO or Chief Digital Officer as fad or does it have a permanent position in the C-Suite? This was a question that Mindtree looked to answer in a survey of 323 respondents from organisations that already have a CDO. The survey was conducted earlier this year with most respondents based in the US (83%) and the remainder from the UK(17%). The respondents were from both business and IT and were split across several vertical industries with a total of 55% from Retail, CPG, Manufacturing and Banking or Financial Services.

The report looked at four questions.

Is the CDO relevant in the organisation?

Mindtree argue that the role is fixed and here to stay. The justification for this is that 74% see the role as well defined and 76% see it becoming more relevant now than when it first appeared. Impressively, 81% feel that the organisation needs a CDO. One should not forget that the majority of companies do not yet have a CDO. However, with such a strong showing are they missing out?

As all responding individuals already work with a CDO the figures are likely to be high. Mindtree feels that this was higher than expected. The caveat is what the percentages for a CFO or CEO would be if the same questions were asked, possibly higher. It does prove, however, that the majority of organisations that have appointed a CDO are getting the benefits or having one. It will be interesting if next year the same questions are asked and to see if the trend is up or down.

What are the strengths and weaknesses of the CDO?

In answering this question Mindtree acknowledges that with many CDOs coming from technology backgrounds (77%) the focus and the outcomes tend to be technology driven. Most (61%) CDOs have a deep understanding of technology. However, they need to improve their influence levels with other business leaders. Only 28% have a strong influence on other executives.

There are some other surprisingly low figures in the responses. For example, only 53% have the ability to execute digital strategies. As this is surely one of the main roles for a CDO does this indicate that many are failing? This is where a qualitative aspect might have given greater insight into that answer. Mindtree believes that CDOs need a deeper understanding of the business. It falls short of being critical though.

There is clearly much work for CDOs to do within the organisation and with themselves. The respondents want to see CDOs enabling the collaboration across businesses (38%) and also introduce better skills into the organisation (38%). It is unclear, though, whether these skills are from new recruits or internal training programs. Overall, Mindtree concludes that the CDO has two areas to focus on. The first is to leverage the IT Orgganisation and the second to build better relationships across the business.

Is the CDO successful?

82% of respondents believe that the company has made “significant progress achieving digital transformation and becoming more customer-oriented”. Surprisingly, the percentages for individual successes seem low in comparison to the 82%. That the overall total adds up to more than 100 categories suggests this was multi-choice. Only 27% are “Making the digital experience more enjoyable/usable.” The numbers tail off from there.

Mindtree also aimed to demonstrate the success across B2B and B2C industries. It sensibly did not subdivide to different industries as the sample size would have been too low. It asked two questions:

The digital experience is now more enjoyable/useable according to 59% of B2C respondents. The same is not true of B2B where the response was 46%. For organisations that operate in both B2B and B2C environments the response was 60%.

The second question not surprisingly saw 81% of B2C respondent making significant progress compared with just 69% of B2B. Organisations with both B2B and B2C gave 88%. It is an interesting answer but Mindtree conclude that change in the B2C landscape is happening faster almost certainly because competition drives change. The B2B organisations have processes that take longer to evolve.

This is an interesting survey that asks several interesting questions. The problem is that the conclusions raise far more. One question is whether a CDO is born or needs to grow with the job? The challenge for the CDO is that the job role is not yet defined in the way that a CFO is.

Every company has different expectations and is at a different level of maturity for transformation. If change is to become the only constant within business then the role of CDO is here to stay. Much depends on how the role is defined and how it evolves over time.

Overall the report makes interesting reading, both for the CDO and those business leaders yet to appoint one. It seems likely that more CDOs will be appointed and the report gives an indication of what skills are required. One observation is that organisations may want to look internally for their next CDO. The ideal candidate would be IT literate and have deep relationships across the whole business.

Sreedhar Bhagavatheeswaran, SVP and head of Digital, Mindtree noted: “As enterprises make progress with digital transformation and discover new possibilities to reinvent their businesses, leaders across industries are making long-term investments in organization capabilities and leadership. We’re not surprised that the CDO role is not seen as a limited duration project or initiative leadership role, but much more of a long-term change agent.

“Our conversations with executives shows that it’s a pivotal role for enterprises to fully embrace the potential of digital technologies. With technology change accelerating, the CDO needs to master technologies like cloud and AI and deeply understand the business to be successful. They also need to understand organizational culture and navigate change management expertly to succeed.”