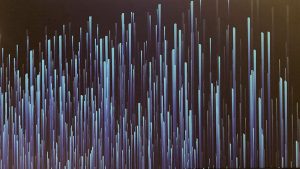 Over the next decade, low-code will rule the world. That, at least, is the position taken by Appian CEO Matt Calkins during his keynote at Appian Europe 2019. He believes that the demand for new apps, the lack of IT resources and the technical debt organisations posses, all point to low-code being the only viable development strategy going forward.

But is he right? Calkins is highly articulate and believable. He advocates with a passion many politicians could do with emulating. However, passion and belief do not guarantee adoption of a technology or a new business trend.

One of the problems with existing approaches to software development is that it is too slow. The adoption of Agile methodology and the increasing take-up of DevOps have increased the rate of software delivery. Despite this, IT departments are struggling to meet the demands from the business units.

Calkins believes that low-code fixes this by changing the app development lifecycle. Rather than write code, Calkins says users should: “Express what you want the software to do in a human way.” There are several options here. Drawing the flow of the application and letting the software turn this into code. Another is to reassemble components into the application using drag and drop. In effect, as Calkins says: “Drag, drop, define, configure.”

The effect, says Calkins, is that low-code can create apps in just 5-10% of the time it takes today.

An explosion in applications is on the horizon

IDC claims that between 2018 and 2023 there will be over 500 million new applications written for the enterprise. This will be more applications than has been written in the last 20 years put together. It is a level of increase that cannot be met through traditional coding.

On one level the problem is about the lack of developers and resources. It is not possible to scale up to meet this level of demand. But without it, business units believe that they cannot be effective.

A more serious issue that Calkins brought up, however, is technical debt. He said: “Technical debt is weighing down organisations. 24% of IT budget and time is spent dealing with technical debt.” Some industries, such as banking, are spending 75% of their IT budget just maintaining systems.

This problem of technical debt is not just about fixing and maintaining applications. Part of the problem is legacy code and the speed with which devices and end user computing changes. Calkins described legacy software as an anchor on the software industry. It is preventing organisations moving forward. As the compute devices change, from hardware to operating system, applications have to be rewritten. That type of technical debt just adds to the number of applications that have to be dealt with.

This is where Calkins sees perhaps the biggest long-term benefit for organisations. It is also where the number of new applications becomes questionable. Calkins claims that by using the Appian platform code will be able to run on any device for as long as you want it to. Appian will deal with the changes of device, API and UI. It takes all that away from the organisation.

Of more interest to many in the audience was Calkins claim that Appian has also solved the problem of online/offline caching. Too many platform-based apps struggle to perform effectively when their state changes. Calkins believes that Appian has solved this problem and that it is no longer an issue for customers.

Applications no longer an island: Integration is King

One of the areas where Appian has invested heavily is in integration. Calkins claims that over 50% of time developing applications is in building the integration to other solutions. The longer an app lives, the more integrations it needs and those integrations will need updating over time.

Appian has focused on making this seamless for users. The Appian AppMarket has over 450 different applications and integrations. All of these, Calkins says: “Are zero code integrations.”

There is no question that app development needs simplifying and making more accessible. It is not a new problem. In 1988 we saw the introduction of Object Orientated Programming. It was supposed to remove the need for developers by giving users all the possible software objects required to build new apps. These apps would be created by clicking together different components. Thirty years on we are using the same words to solve the same problem and it still exists.

Making coding simpler by removing the need to write actual code is also nothing new, despite Calkins saying it only goes back five years. In 2006, Borland (now owned by Micro Focus) released DefineIT. It allowed users to describe what they wanted and then it went and generated the code for them. Model Driven Development also saw vendors create tools that allowed the software model to be drawn and then automatically generated the code.

All of these failed for various reasons. Partly because the products didn’t deliver enough value. Partly because the industry really wasn’t sure how to use them. Low-code is at a different point now compared to those attempts. Calkins thinks it has passed the tipping point hence his belief that the majority of code in the next decade will come from low-code tools.

Whether he is right or wrong, we will have to wait and see. For now, however, Appian is in a good place and, modestly, Calkins believes it among the leaders in this space.